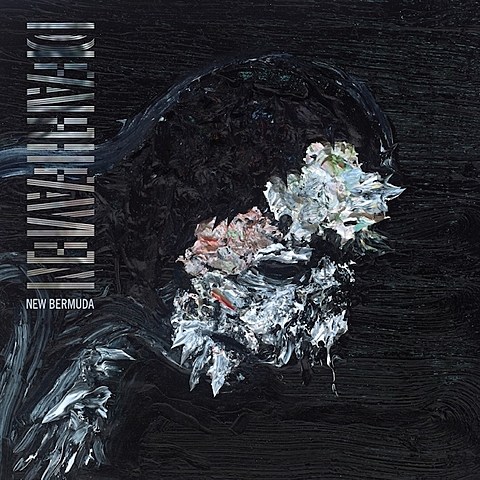 Deafheaven's 2013 sophomore album Sunbather was a pretty monumental album. It wasn't the first album to combine elements of black metal with prettier sounds, but it did so in just the right way that made it not only the best reviewed metal album of that year, but the best reviewed album in any genre. (It was one of our favorites too.) It's hard for any band to follow an album like that, but Deafheaven will do so next week (10/2) with New Bermuda on new label home ANTI-. Not only is at least as good as Sunbather -- at the risk of being controversial -- I think New Bermuda is better.

Sunbather was the kind of album that overwhelmed you. It built huge walls of sound and the instruments blurred to the point where you'd just clench your fists and let the songs wash over you. But New Bermuda won't have you clenching your fists; it'll have you playing air guitar. Guitarist/principle songwriter Kerry McCoy told Rolling Stone that Slayer, Morbid Angel and Kill 'Em All-era Metallica were influences for this one, and those are exactly the kind of chugging riffs Kerry is throwing in here. The wall-of-sound stuff isn't gone -- in fact the record starts off that way -- but just over a minute into opener "Brought To The Water" the band cuts out and Kerry hits you with the kind of shit that gets devil horns flying at thrash shows. On the second track, "Luna," they do it again right away.

Then halfway through the third track, "Baby Blue," we get a wah-wah solo. Not like a little bit of wah for shoegaze effect, like a real-deal lengthy Eric Clapton-worthy wah solo. This is not Deafheaven trying on even loftier ambitions than Sunbather, this is Deafheaven having fun. The whole album isn't just in super-heavy mode though, quite the opposite. When the post-rock influences they had on their previous two albums show here, they're often gentler than ever. In that same Rolling Stone interview, they also acknowledge (their new labelmates) Wilco as an influence for this one. On the strummed acoustics and soaring slide guitars of "Come Back," it's not impossible to hear.

The cleaner parts of the first three songs are more in line with the sparkling post-rock of Explosions in the Sky or even Low Level Owl-era Appleseed Cast, and closing track "GIfts For The Earth" is like nothing they've done before. It's got clean down-strummed guitars with a post-punk inclination, but more the kind you'd hear on a Thursday record (a band Deafheaven are openly fans of) than a Chameleons one. If not for George Clarke keeping the black metal vibes in his twisted vocals, it wouldn't even be close to a metal song. Later in that song we get more air guitar-worthy riffage, more strummy acoustic guitars, and more atmospheric beauty. And the next thing you know, it's over. New Bermuda only has two less songs than Sunbather and it's only 13 minutes shorter, but for Deafheaven's standards it flies by. See for yourself by playing the whole thing below (via NPR or bandcamp).

Deafheaven will soon be on tour with support from Japanese screamo greats Envy (who are surely an influence on Deafheaven) and another band who blends black metal with more accessible sounds, Tribulation. The tour hits NYC on November 5 at Webster Hall. Tickets for that show are still available. All dates below.