As Deafheaven bask in the first wave of the year-end accolades that everyone knew they'd be getting, they've made a simultaneously odd and totally logical career decision: they've announced a North American tour with Between the Buried and Me, Intronaut, and The Kindred for early 2014. BTBAM are headlining, but it looks like Deafheaven will provide direct support.

BTBAM and Intronaut are both quite popular, so it makes sense for Deafheaven to ride their current wave of hype onto a bigger-budget tour. But Deafheaven's core fanbase is quite different -- BTBAM and Intronaut are both fairly noodly prog-metal bands who, despite their considerable crossover successes, have younger fanbases and have never been the subjects of the same type of mainstream-media adulation that Deafheaven are currently enjoying. By the same token, parts of the BTBAM/Intronaut fanbase may not have paid much attention to Deafheaven yet. Even though it's kind of a strange aesthetic match, it's an opportunity for them to access another sizeable and lucrative market. When you're basically living off your touring band, it's hard to pass opportunities like that up.

The tour isn't currently scheduled to hit NYC, but it comes close on February 21 at The Paramount in Huntington, and also includes a couple upstate stops in Clifton Park on 2/22, and Syracuse on 3/2. Tickets for the Paramount show go on sale 12/17 at noon. 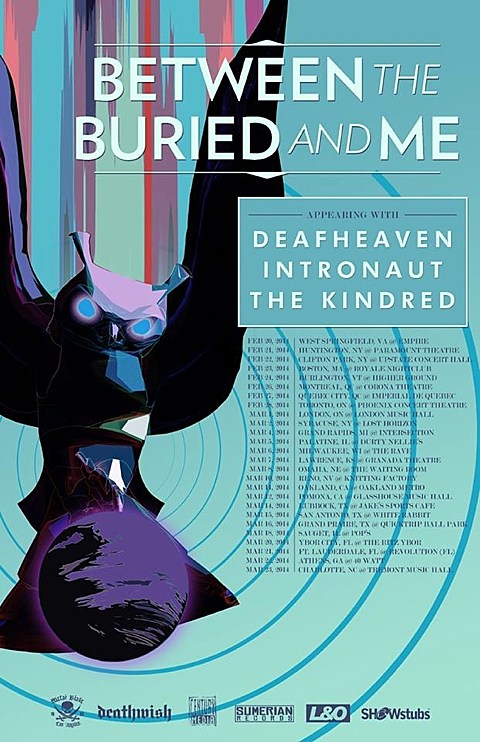