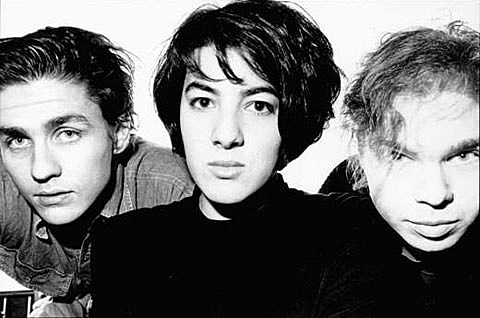 Following the re-release of Galaxie 500's three classic albums on Domino and 20-20-20, Dean Wareham will perform a set of Galaxie 500 songs, backed by the Dean & Britta band (featuring Britta Phillips, drummer Anthony LaMarca and guitarist Matt Sumrow). Galaxie 500 formed in Cambridge, MA in 1987 and recorded three studio albums (Today, On Fire and This Is Our Music). They met with much acclaim in their short time together but disbanded in 1991. Wareham went on to form Luna.

That's the official description of the event that Dean Wareham is bringing to various states across the country before the end of the year. Two of the shows will be opened by Crystal Stilts including August 20th at the Troc in Philly (tickets on sale) and August 19th at Bowery Ballroom in NYC (tickets on sale).

The Bowery Ballroom show is one of two Dean and Britta have scheduled in NYC at the moment. The other is the previously mentioned "13 Most Beautiful...Songs for Andy Warhol's Screen Tests" show happening at NYU on October 22nd. They also have other Andy Warhol tour dates scheduled in support of the July 2th release of that CD too. More info and all dates below...

On July 27 Double Feature will release a deluxe gatefold double-CD package by Dean & Britta - 13 Most Beautiful: Songs for Andy Warhol's Screen Tests. This limited edition (3,000 copies) package contains a 12-page booklet with an essay on the project by Dean, still photographs from Warhol's films, and two discs of music: the original 13 studio recordings created for the Screen Test DVD, plus an additional 8 remixes by Sonic Boom, Scott Hardkiss, My Robot Friend, and Anthony LaMarca. The songs are a blend of instrumentals, originals and covers (including Bob Dylan's "I'll Keep it With Mine.") This project was initially commissioned by the Andy Warhol Museum. Dean & Britta created 13 songs and instrumentals to perform live in a multimedia show, with Andy Warhol's Screen Tests projected on a large screen above the band while they play.

Pre-order from our website and receive an 11x17 poster, designed by Frank Olinsky.