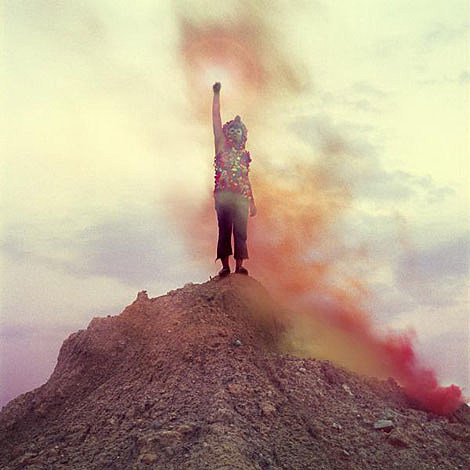 Randolph Chabot has been making albums since he was 12 years old -- now, at 22, the Detroit-based musician known as Deastro is ready for his close-up...Deastro's full-band debut, Moondagger, arrives on June 23rd, and his "Vermillion Plaza" single -- along with its B-side, a squelchy, lumbering remix by Ghostly Swim featured artist Mux Mool -- drops May 12th on Ghostly International. [says Ghostly International]

That single is posted above, and in addition to that new record, Deastro recently release a free digital EP, titled Grower, which is now up on his blog.

Deastro, last in Brooklyn for the opening of Williamsburg venue Bruar Falls on March 27th, heads out on a June North American tour this summer in support of Moondagger. That includes two NYC shows. The first is at Mercury Lounge on Wednesday, June 10th. Tickets are on sale. The next is two days later, on Friday, June 12th, at a Northside Festival show at Studio B. That late show (happening after Sunset Rubdown, Witches and Elfin Saddle at the same venue) is Ghostly International's 10-yr Anniversary Bash. Also on the bill are Lusine, Michna and DJ Mike Servino. Tickets to that gig are still on sale. Four-day fest passes, also on sale, will get you in too (capacity permitting).

Deastro also plays the Ghostly 10 Year Anniversary party happening in his hometown of Detroit on Saturday, May 23rd. The label recently followed him around for a "Ghostly Presents: Deastro" short film. You can read more about that, and watch the video, and check out all tour dates, below.... 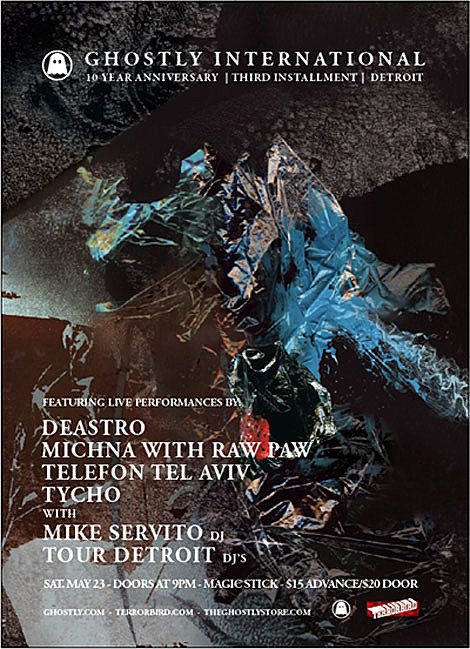 Recently, Chicago-based photographer/videographer James P. Morse--a longtime friend and collaborator of Ghostly's--followed Chabot around Detroit for a day and edited the footage into "Ghostly Presents: Deastro," a video profile whose warm, colorful aesthetic matches Chabot's energy and positivity to a T. Chabot putters around his Detroit home, visits his favorite bookstore, gushes about Isaac Asimov and Simone de Beauvoir, and plays a sweaty, packed show with his band. It's a loving portrait of an artist who stays true to his beliefs, staying passionate, engaged, and creative in all of his endeavors.