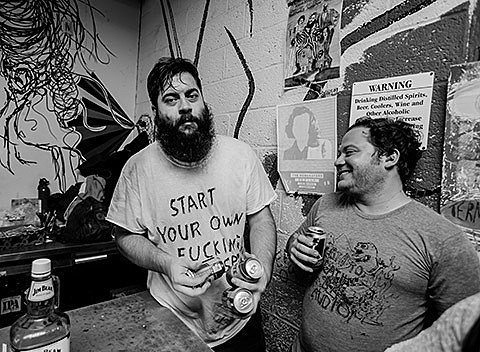 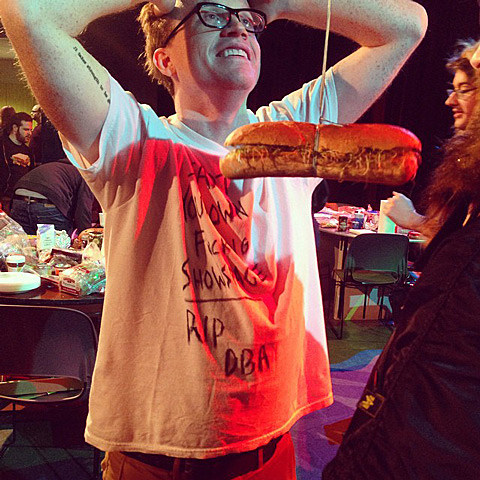 Death by Audio closed last weekend after seven years in existence. We said our goodbyes already, but we thought we'd offer up a roundup of our coverage and other tributes to the space.

Comedian Chris Gethard wore a homemade t-shirt, inspired by the one DbA booker Edan Wilber wore on the showspace's final night, at the taping of the most recent episode of The Chris Gethard Show which you can see above.

Writer Noah Kardos-Fein who plays in Yvette and was at most of DbA's final shows (Yvette played one too), wrote a very nice piece for WNYC:

Bands felt like Death By Audio was a second home - indie phenoms Future Islands and wild Canadian rockers METZ both played their first ever New York shows at Death By Audio. It was the kind of place where a small fledgling band had a good chance of playing on the same bill as a much bigger, touring band. And one day, that fledgling band might just become a headliner.

You tended to get just as much as you were willing to put in: if you attended or played shows there regularly, there was a good chance you'd get to know the staff there, as well as other regulars. Those were the people who made up the bulk of the crowd last Saturday night - some of them who since moved to other cities even flew across the country to be there. It's also why there were a lot of tears, hugs, and positive energy going around in the final hours. 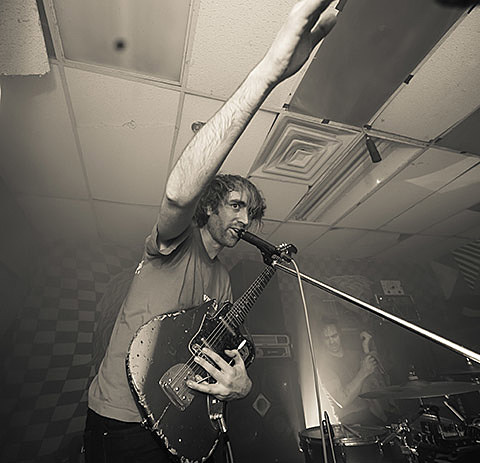 Impose gathered up tributes from a variety of artists, DbA employees and other people in the DIY scene, including manager/booker/soundguy Edan Wilber:

The value of what I have gotten from my experiences here are immeasurable, and leaps and bounds more valuable than any material wealth I could've gained doing something else. I have met people from all around the world just because they heard about this little room that some friend of their's said they just had to play in. It's a shame to lose something like that because it can't be manufactured. We have always run on the best of intentions and it propelled us so far for so long, none of us could've imagined it would've lasted as long as it did and stayed true to its beliefs from day one. I'm happy to go out on such a high note, the past few weeks have been mind-blowingly incredible and I have gotten to see many old friends make their pilgrimage here one last time and I look forward to a few more rad weeks before we are forced out of the only place in NYC thats ever felt like home to me.

Impose also tracked down most of the DbA show flyers from their entire existence. There are also reports from the final night at The Observer, Gothamist, Stereogum, and The Village Voice.

Glasslands, which is right around the corner from DbA and will close at the end of December, offered up

And this was Death by Audio's final word, via Twitter:

For those who'll be in Washington, DC next weekend, many of the in-house created, super-hard arcade games that you may have played in DbA's back room will be on display at the Smithsonian American Art Museum's courtyard on December 6 as part of an "indie arcade" curated by MAGFest and American University's Game Lab.

We've got all of Death by Audio's last month's shows listed, along with video from many of them, below...