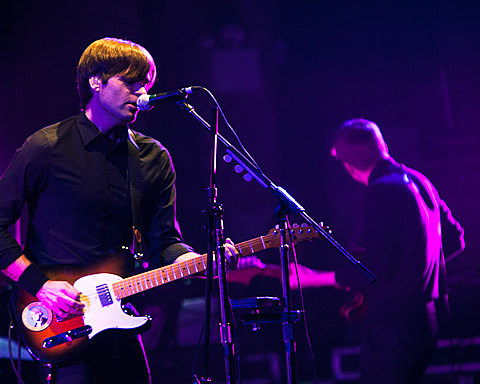 As discussed, Death Cab for Cutie is releasing their eighth album, Kintsugi, on March 31 via Atlantic -- their last with Chris Walla and first with an outside producer (Rich Costey) -- and they've now premiered its first single, "Black Sun" (one of three songs they recently debuted live). As you'd probably expect if you've heard the last few Death Cab albums, it's much cleaner and bigger sounding stuff than the band's introverted beginnings, and you can especially hear that they brought a big-name producer on board for this one. Listen for yourself, via the lyric video, below.

The band also announced a tour, much of which is with The Antlers, whose Familiars was one of our favorite albums of 2014. Unfortunately no NYC show at the moment. All dates are listed below.