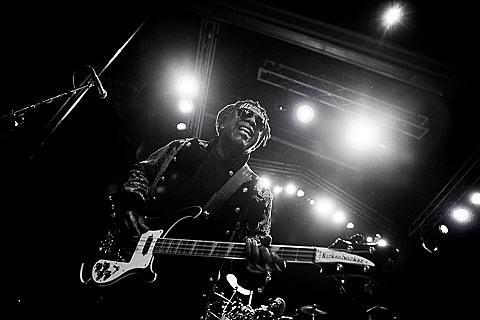 Detroit protopunk legends Death have an upcoming NYC show that was set to happen May 30 at Irving Plaza, but it's now been moved to the more up-close-and-personal Studio at Webster Hall (5/30). Also, in place of the original support lineup (Unlocking the Truth, Ache, Shitkill) will be the soulful garage rocker Obnox, which is a pretty great double bill. Tickets for Webster are on sale now. Refunds for Irving are available.

Death were also to have played Philadelphia's Theatre of Living Arts in Philadelphia on May 29 but that show has also been canceled. They will also play Washington, DC and Cambridge, MA on this run, however. All dates are listed, along with a live Death video, below...

Obnox was just in town to play a show at Cake Shop. NYC Taper was there and taped it.