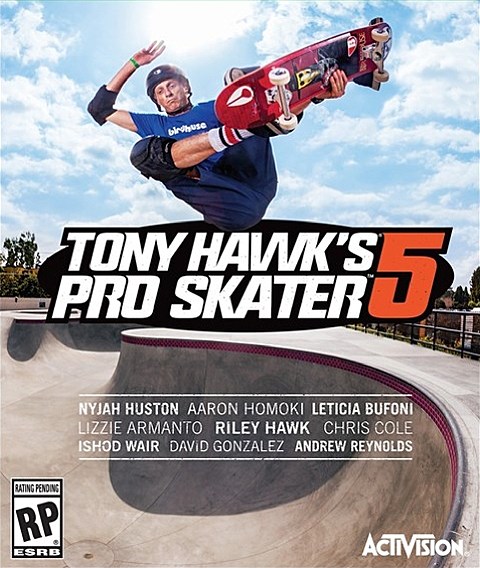 Countless band reunions, Wet Hot American Summer, and the '90s/early '00s revival continues when Tony Hawk Pro Skater 5 comes out this fall. It's the first THPS game since 2002. As fun as the games were, the soundtracks were equally important and for people of a certain age they probably turned you on to a lot of stuff. Maybe playing those games was the first time you heard Agent Orange's "Bloodstains" or Gang Starr's "Mass Appeal" or Adolescents' "Amoeba."

The soundtrack for the new one has been revealed, and it's got a lot of cool stuff. There are great newer songs that weren't around during THPS' initial run, like Cloud Nothings' "I"m Not Part of Me," Bully's "Milkman," Cold Cave's "A Little Death to Laugh," Death From Above 1979's "Virgins," The Orwells' "Who Needs You" and Temples' "Shelter Song." Plus some more legendary stuff too, like Death's "Keep On Knocking." Check out the full tracklist and a playlist of the whole thing (via Wired) below.