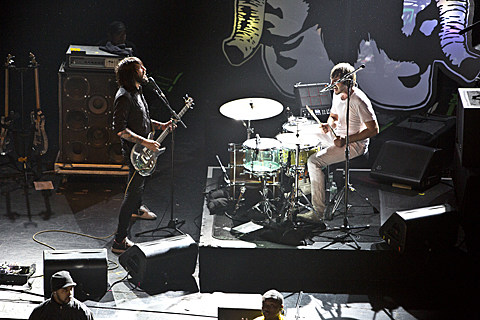 Dancepunks Death From Above 1979 returned last year with their first album since 2004, and they'll continue to tour in support of this year. This one's a bit of a surprising tour though -- they'll be opening for alt-metal bashers Deftones and, uh, Incubus. If you had to make any sense of that, there are at least a few Incubus riffs that rock kinda hard (if you can deal with Brandon Boyd's howling), but it somehow feels like there had to be a better tourmate for DFA than the band who wrote "Drive."

The tour, also with The Bots opening, hits the NYC-area on August 4 at PNC Bank Arts Center, August 5 at Nikon at Jones Beach Theater, and August 8 at Susquehanna Bank Center. Tickets for those shows go on sale Friday, April 24 at noon with an Incubus Fan Club presale starting Monday (4/20) at noon and Live Nation/Facebook presales starting Thursday (4/23) at 10 AM.