Death From Above 1979 at Coachella (more by David Andrako) 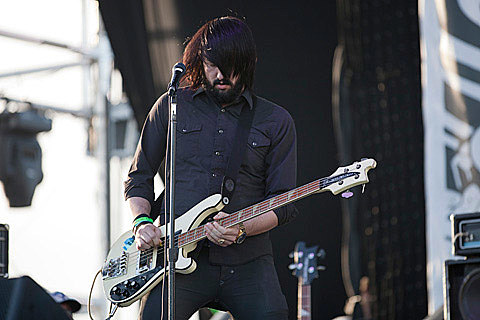 Lets pray that riot police won't be deployed when Death From Above 1979 play their NYC reunion show on the banks of the East River, at Williamsburg Waterfront on 7/22. Tickets go on sale on Friday (5/20) at noon. Openers TBA.

The NYC date is one of a few the band has scheduled for the summer, and a rare non-festival appearance for the band who will also swing by Sasquatch, Osheaga, Lollapalooza, and the recently announced Austin City Limits.

All tour dates are below along with some video of the now infamous incident at SXSW.