Death Grips at FYF Fest, where they actually played (more by Wei Shi) 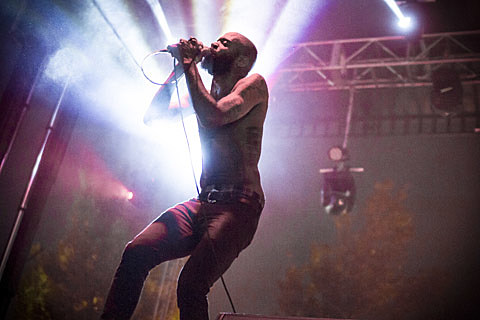 You're never, like, ever going to believe this, but Death Grips, who dropped off Lollapalooza and Osheaga this year, and have cancelled full tours in the past, just cancelled their set at this year's Fun Fun Fun Fest. Nobody saw this coming.

In Death Grips' place, No Age (who have played FFF Fest before) have been added. And (not related to DG), Sarah Silverman has been added to the comedy portion. As discussed, the festival also includes Television, Slayer, Quicksand, Descendents, The Dismemberment Plan, Kurt Vile, Cloud Nothings, The Men, Title Fight, White Lung, and a bunch of other bands that actually care about their fans. Tickets are still available.

In other news, The Smiths aren't reuniting and Liam Gallagher has an opinion on something.