The Death in June flyer for U.S. tour 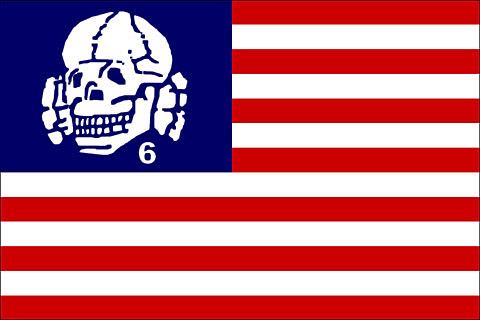 Uber-influential and controversial neofolk band Death in June will return to the states for eight tour dates in the US, including a trio of shows on the East Coast. That includes an NYC show at Brooklyn's Bell House on September 22 and tickets are on sale now.

Much like former member Boyd Rice (who had some trouble of his own recently), Death in June isn't without controversy. The band has repeatedly toyed with Nazi imagery over the years, which has lead to show cancellations on a few occasions including in Chicago (this 2013 tour currently has a Chicago date scheduled). And though Douglas P has repeatedly denied any nefarious use for a Death in June logo depicting a totenkopf (see the flyer above) the fact remains that it was an insignia for the SS during the Third Reich. (For the record, Douglas P, sole original member still with DIJ, is an out homosexual.)

Regardless of which side you fall, following this tour should be... interesting. Dates are listed below.