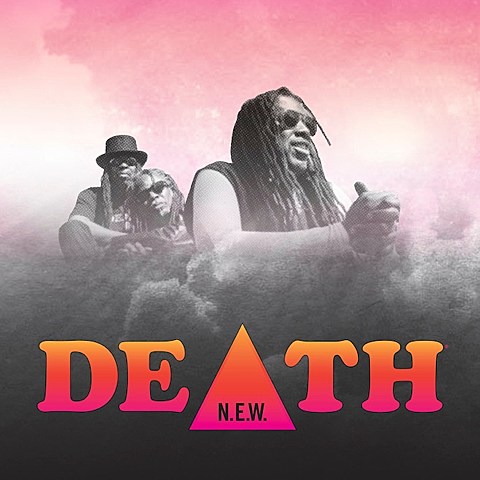 Storied Detroit proto-punks Death finally began getting the attention they deserved with Drag City's 2009 release of their 1975-recorded ...For the Whole World to See, and that's been followed by several live shows, a documentary and two more albums of archival material. Now they're finally set to release their first album of new material since the '70s.

The album is actually called N.E.W., and it will be out on April 24 via the band's own TryAngle Records (not to be confused with Tri-Angle Records), distributed by Drag City. Some of the songs are finished versions of material that singer Bobby Hackney and his late brother/bandmate David wrote in the '70s, and others are brand new. Check out the first single, "Look At Your Life," with the tracklist, below.

Death's only announced show at the moment is a hometown show in Burlington, VT happening February 13.