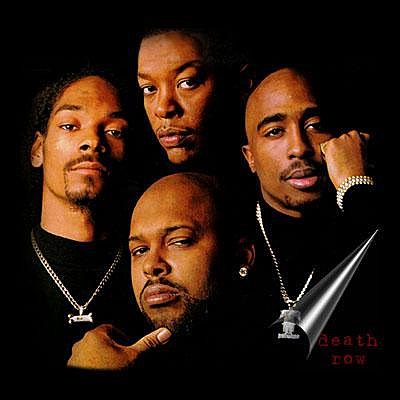 The assets of Death Row Records, said to include master recordings of Tupac Shakur, Snoop Dogg and Dr. Dre, were auctioned off today (Jan. 15) for $18 million to WIDEawake Entertainment Group, a development company out of Canada. Because of the less-than-expected acquisition price, the only creditor likely to capture a return after lawyers and other Chapter 11 administrative fees are paid is the Internal Revenue Service.

That means other creditors, including unsecured ones like co-founder Lydia Harris, will be left out in the cold. Harris isn't content with the verdict.

"This was all a scam from the beginning," a disgruntled Harris tells Billboard. "Everyone wanted me to bring judgment down, and so I brought on the case. But now I'm not getting paid because I'm an unsecured creditor? Yet, administrators are getting paid and Suge [Knight]'s bills are still getting paid? If it wasn't for me no one would be getting money. They made sure it happened this way because I was the biggest creditor. There must be some internal thing going on and I'm obviously not in on it." [Billboard]

In related(???) news, the movie Notorious opens today ("The life and death story of Notorious B.I.G. (a.k.a. Christopher Wallace), who came straight out of Brooklyn to take the world of rap music by storm."). Trailer below...

For those looking for answers about The Notorious B.I.G.'s murder, which is still unsolved more than 11 years later, "Notorious" doesn't offer much help. It does, however, try to explain how the East Coast-West Coast rivalry between Biggie's Bad Boy Records crew and Tupac Shakur's Death Row Records crew quickly spiraled out of control. That section, along with the scenes shot on Brooklyn's street corners, is when the movie feels the most authentic.

What really saves "Notorious" are the performances of rapper Jamal Woolard, who captures some of The Notorious B.I.G.'s playful charm, and newcomer Naturi Naughton, who dazzles early on as the fiery Lil' Kim.

But the true star here is the music, as the power of classics "Party and --" and "Juicy" quickly show how The Notorious B.I.G. became a legend. [Newsday]