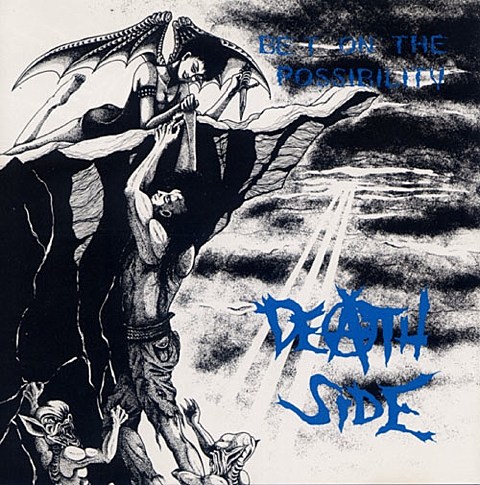 First time i heard Death Side was some time during the mid '90s. My friend Gen sent me the Bet On The Possibility LP. Until then i had heard Japanese stuff like GISM, SOB, and Bastard. This was on another level though, and the album seemed to steamroll right over me leaving me with my jaw hanging open. The song writing, the vocals, Chelsea's incredible guitar playing... it all fit so perfectly. And just when i would think "Damn, that was the greatest song i've ever heard", the next song would kick in. This is one of those rare albums where every song just gets better and better right until the amazing epic closing track Crossfire, which veers off into Iron Maiden territory, with Chelsea pulling off incredible metallic riffs and leads like it was nothing. The guy truly was the Adrienne Smith of hardcore. RIP! [Blogged and Quartered]

Almost immediately after G.I.S.M. announced they'd play their first-ever non-Japan show, it was announced that Death Side will play NYC the same weekend. The show's set to happen April 16 at a TBA venue and it's their only North American show.

The Japanese hardcore band's initial run was from 1987 to 1994, and it produced (among other things) the great 1991 album Bet On The Possibility, referenced in the quote above. Stream that album in full, with the NYC show flyer, below... 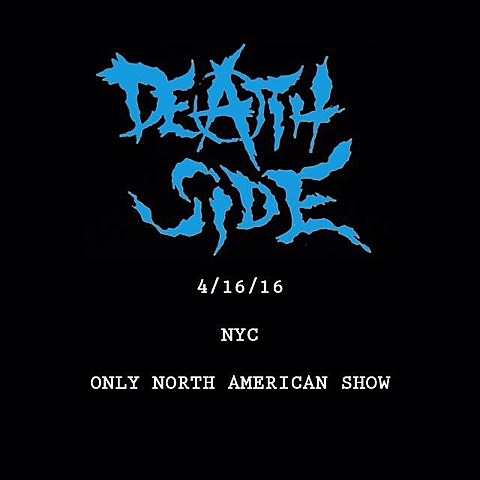