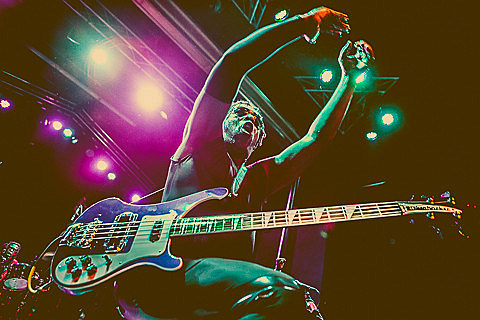 Legendary Detroit protopunks Death will release N.E.W., their first album of new music since the '70s, next week (4/21) via their Drag City imprint Tryangle, and they're now streaming the album in full. They still seem to have a lot of the raw power they had on their classic material, as you can hear for yourself by streaming it (via VICE) below.

Death also announced a NYC show happening May 30 at Irving Plaza with Unlocking the Truth, Ache and Shitkill. Tickets for that show are on Live Nation and Music Geeks presales now, and they go on sale to the general public Friday (4/17) at 10 AM. No word yet on other tour dates.

The show is a few weeks after Rough Francis (the band led by the three sons of Death's Bobby Hackney, who have also played in Death) play Brooklyn.