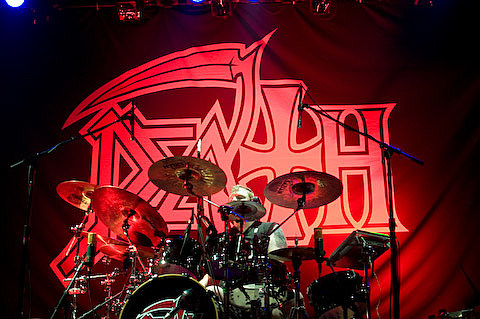 Death to All (Death DTA), the touring Death tribute frequently featuring ex-members, will be touring in November. The Swamp Leper Stomp Tour will also include Massacre, Rivers of Nihil, and Obituary, who are also playing East Coast Tsunami Fest. The tour will hit locations like Seattle, Chicago, and Boston. On November 30, the bands will land in NYC's Best Buy Theater. Tickets for that show go on sale Friday, August 8 at noon. The full list of dates -- including a handful featuring just Death DTA -- can be found below.

Though a lineup for the North American dates hasn't been announced, Death DTA toured Europe in June with Paul Masvidal (Human), Sean Reinert (Human), Steve DiGiorgio (Human, Individual Thought Patters, Symbolic), and Max Phelps. The tribute will also be hitting South America in September and you can find those dates on the flyer below. The original Death came to a halt with the passing of leader Chuck Schuldiner in 2001.

As for the others, Massacre, who have been an underground name in death metal since 1984, released Back from Beyond, their first album since reforming in 2011. Young bucks Rivers of Nihil cut their LP debut, The Conscious Seed of Light, last year. And Obituary are working on releasing their crowdfunded effort Inked in Blood through Relapse Records sometime in late October. They're currently making the rounds on the Euro festival circuit.

All dates are listed, along with a Death DTA live video, below... 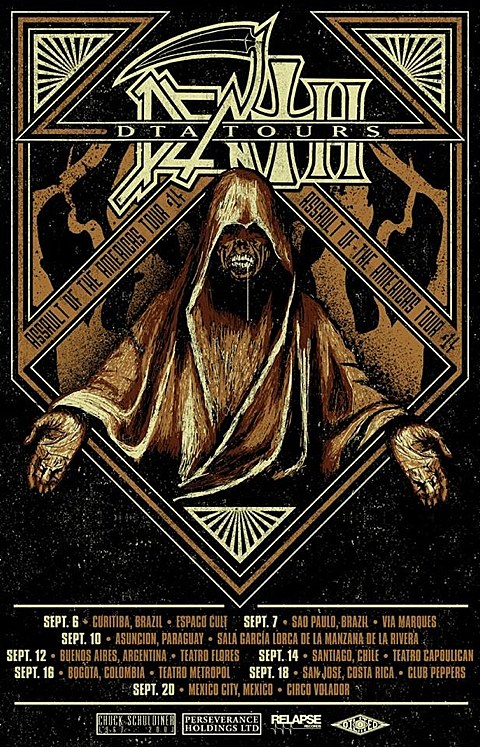