Converge at Saint Vitus, May 2013 (more by Lukas Hodge) 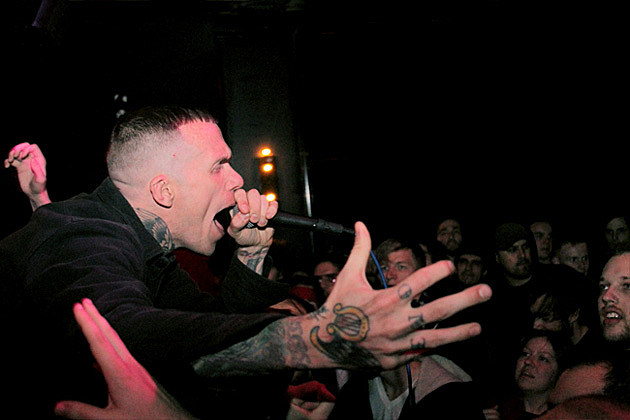 Deathwish Inc.'s inaugural Deathwish Fest announced that it will be switching venues, moving down the street from the Sinclair in Cambridge, MA to Cambridge go-to The Middle East Downstairs, a bigger venue that allows for the two-day event to be all ages. The hardcore/metal fest is still happening on July 22-23, and tickets already purchased will be honored at The Middle East. With the move comes fifty more tickets for each day and, unfortunately, Code Orange Kids' cancellation.

Filling the hole in the lineup on the fest's second day are Shipwreck AD and Coliseum (who just rejoined Deathwish), while Philadelphia's Blacklisted (whose singer George Hirsch's solo project Harm Wulf was already playing day two) will be added to day one for good measure. Both night's are headlined by Converge (whose Jake Bannon runs Deathwish) and Trap Them, so it should be a wild time whether you make it to one or both nights. Head below to see full lineups, which also include Modern Life Is War, Doomriders, Self Defense Family and more. Tickets go back on sale Wednesday (5/14) at noon.

Blacklisted also play NYC with Rival Mob in June and This Is Hardcore in Philly right after Deathwish Fest.