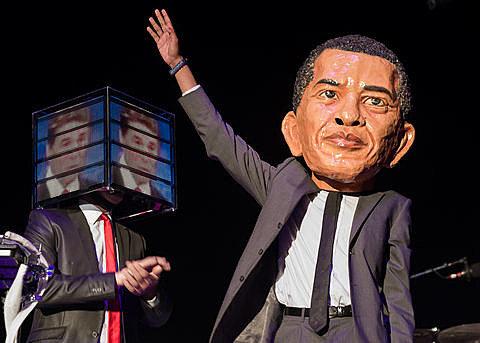 Arcade Fire were introduced by a man wearing a suit made of shattered mirrors and opened up their set with 'Reflektor', with Chassagne shining mirror discs strapped onto her hands into the crowd. "Alright guys, we're gonna give you every ounce of what we've got if you give it back to us," said frontman Butler before 'Rebellion (Lies)'.

Butler later railed against the various VIP areas at the festival to cheers from the crowd, commenting: "I just want to say that there's a lot of fake VIP room bullshit happening at this festival, and sometimes people dream of being there - but it super sucks in there, so don't worry about it." He also made a sly dig about the electronica/EDM heavy aspect of the festival, giving a "shout out to all the bands playing instruments this weekend" at the end of the set. [NME]

Coachella wrapped up its first weekend yesterday (4/13), after kicking off this past Friday (day 1 pics). Among the day 3 performers were Arcade Fire, who have played Coachella before, but this was their first time there as headliners. Among the bobbleheads that Arcade Fire have been featuring in their shows were President Obama and Pope Francis, who both made their debuts at Arcade Fire's recent show in Austin. Also like at that show, they played a cover of Blondie's "Heart of Glass" into the similarly '70s new wave-style "Sprawl II (Mountains Beyond Mountains)." But this time was more exciting because they were joined by Blondie singer Debbie Harry who was a guest singer at SXSW for the Dum Dum Girls (who also played Coachella). Debbie sang "Heart of Glass" with them, and she stuck around to sing backup on "Sprawl II" too. Watch a full set video of Arcade Fire's Coachella set, along with their setlist, below.

Speaking of Debbie Harry and covers, she's on the cover of the May issue of MOJO which is available now. Pictures of Coachella day 3 are coming soon, but meanwhile you can check out some pics from the recent Austin show (Obama bobblehead included) in this post. More below and many more at BV Austin. 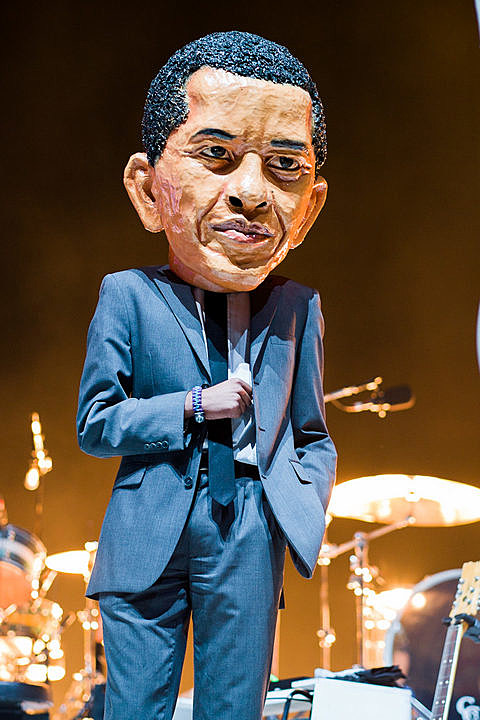 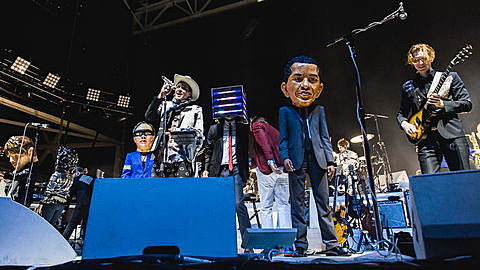 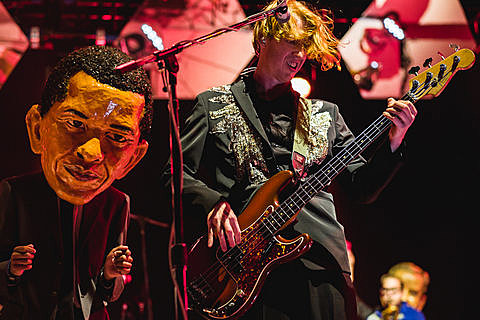 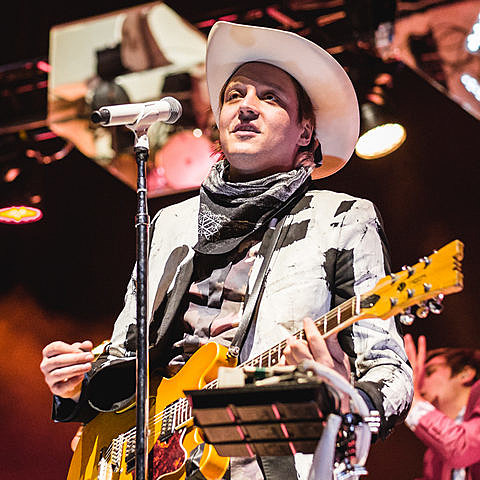 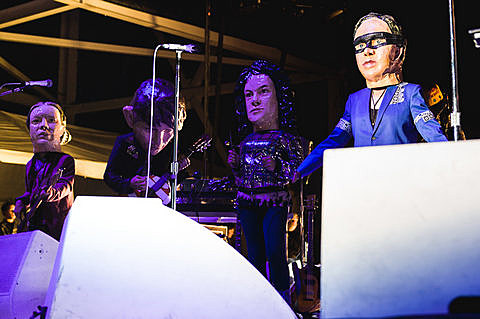 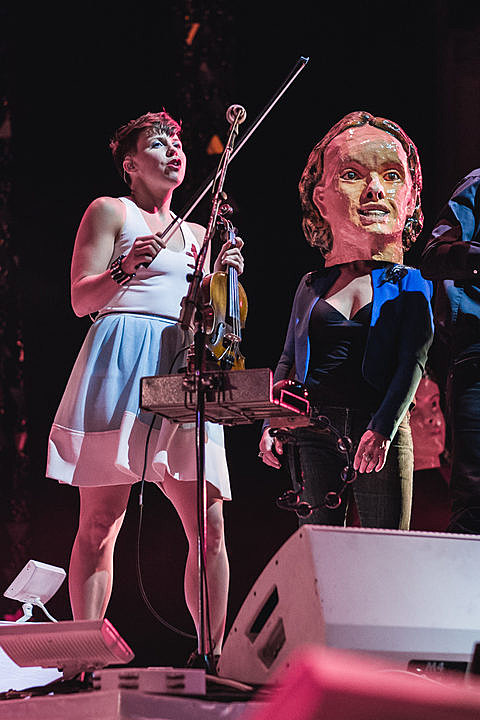 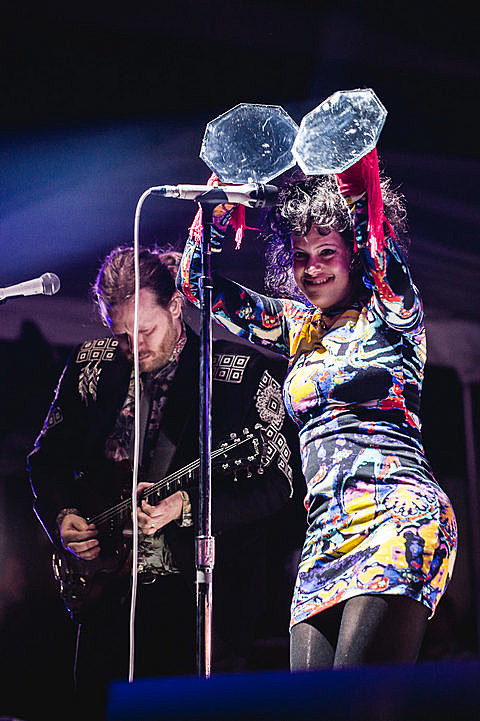 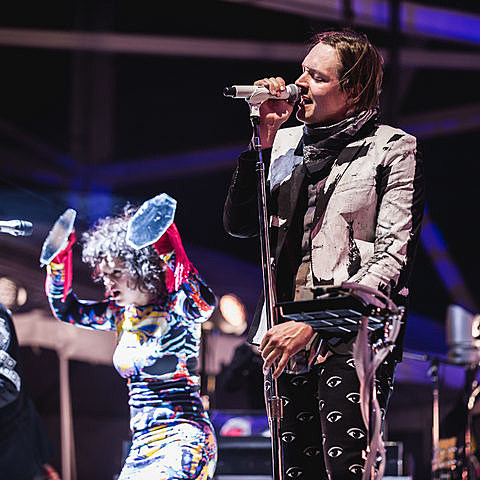 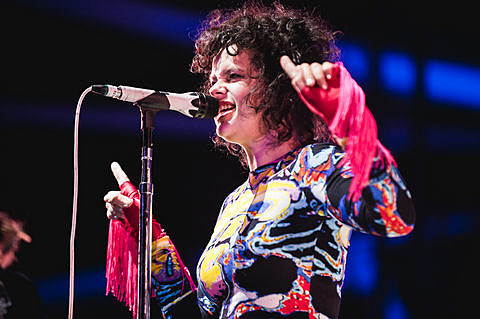 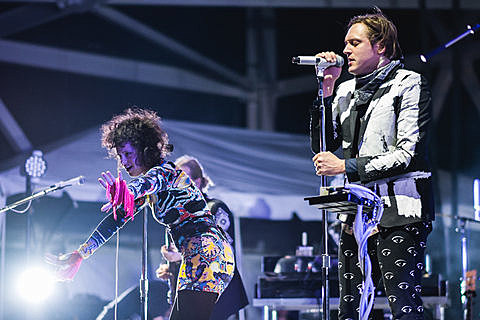 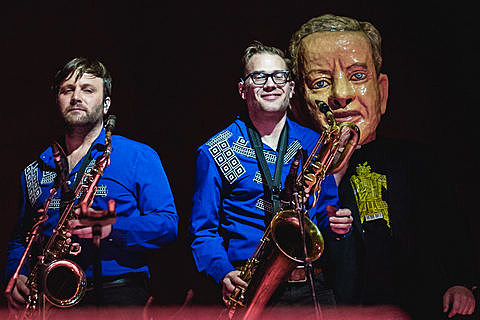