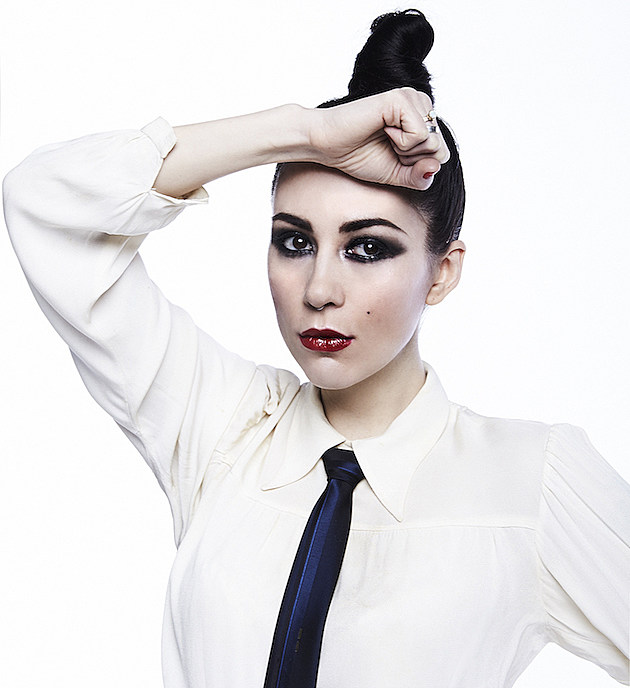 I wanted to open things up and shed light on significant influences that felt off-limits in Dum Dum land. I don't want to fight them off anymore. That'd be a drag. The music is so different from anything I've ever done -- I felt compelled to shed the alter-ego instead of trying to morph Dum Dum Girls into something else. I didn't want to mess with that legacy.

This is not the first time Kristin's dabbled in other styles -- you may remember her single as HUNI from last year. Look for a Kristin Kontrol single and album, which she made with help from the talented Kurt Feldman (Ice Choir, Pains of Being Pure at Heart), this spring on Sub Pop, but you can hear a little bit of her shiny new direction via a possibly tongue-in-cheek teaser video below.