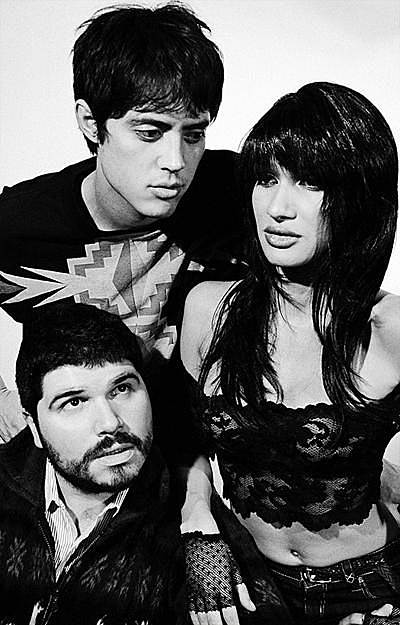 Deep Red is a collaboration that includes Hercules & Love Affair keyboardist Morgan Wiley, bassist Andrew Raposo, and vocalist Nomi Ruiz who met while on the 2008 Hercules & Love Affair Tour. They combine minimal electro, dance, and R&B to create what sounds like a cross between Afrika Bambaataa, Kraftwork & Madonna. The synergy of their live show [by who I'm not sure] is said to evoke Fleetwood Mac & Sade incorporating live saxaphone & flute.

Their first single 'Fun Girl', is a dark dance number full of tough vocal hooks, dirty bass and spooky synth lines. They are preparing to release a 12" this Spring followed by a run of shows in Europe and the US.

Tonight's show was supposed to be last week at Zipper Factory, but that obviously wasn't happening so they moved it to Le Poisson Rouge.

Deep Red is also playing as "Diamond Life" as Sade at Highline Ballroom on February 13th. Tickets are on sale.

Andrew and Morgan were also in Automato.

The flyer for tonight is below... 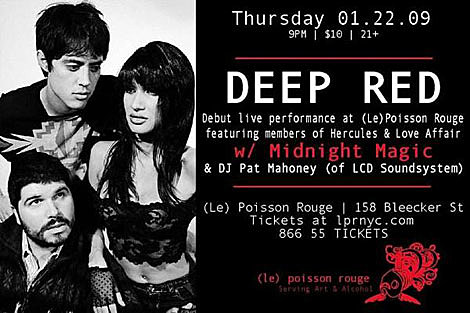