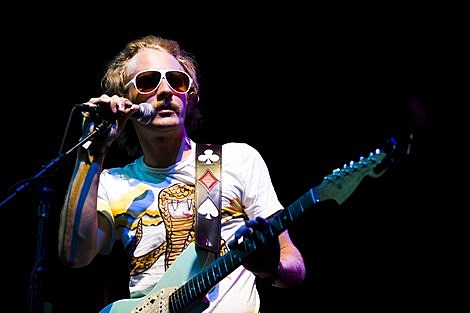 This Halloween Deer Tick will be performing at Brooklyn Bowl and like you (presumably) they'll be going in costume - the band will perform as the Sex Pistols for the night. Joining them will be a "special guest" band playing the songs of Sonic Youth and Dangerous: All Metal Tribute to Michael Jackson. There's free admission with a costume. Otherwise it's $5, and tickets are on sale at noon.

Deer Tick play the Partisan Records tour, which kicked off Monday, Oct. 19th and includes a CMJ showcase at Bowery Ballroom on October 22nd (now sold out unless you have a CMJ badge). The entire Partisan Records roster (minus one) are along for the ride. That includes Chris Denny & the Natives, who are playing the BV day party at Pianos earlier that day (Denny just interviewed Ben Nichols of Lucero right here), Holy Sons (Emil Amos of Om), Dolorean (not to be confused with Delorean) and (on half the dates including NYC) Paleo. All of those acts are included on the free sampler from the label posted above.

All tour dates, a Halloween show poster, the sampler tracklist and updated Deer Tick tour dates are below... 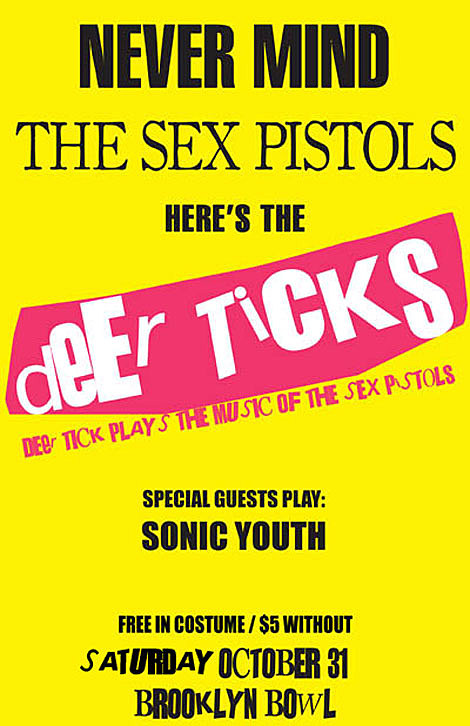