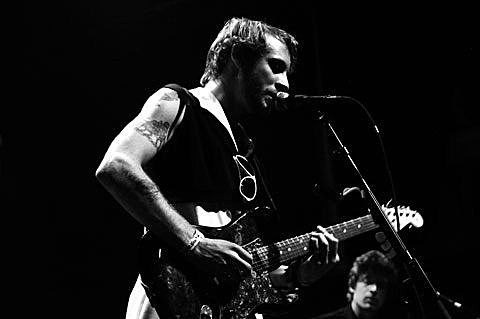 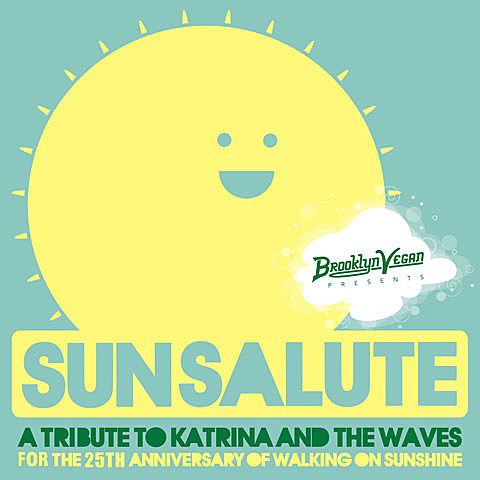 "When the Soft Boys split up, Kimberley Rew was bursting with new songs, and ready to get into the studio. It was amazing how many great pop tracks he had written while being in the Soft Boys. We went into The Church studios in London with the band and laid down and mixed about 10 tracks in 2 days. All of them were great. Brown Eyed Son, came out as a single, but much as the Soft Boys were "a band out of time", in that Underwater Moonlight came out in the heat of the London punk scene, radio and press were focused on other things, and the single went largely un-noticed. Kimberley was undeterred, and with endless energy from Alex, Katrina, and Vince [aka Katrina and the Waves] behind him, the band powered on, continued writing, gigging, and refining their art, and finally broke through with the massive worldwide hit "Walking On Sunshine". - Richard Bishop

As announced on Friday, BrooklynVegan put together a Katrina and the Waves tribute EP on the occasion of the 25th anniversary of "Walking on Sunshine", part of a larger celebration orchestrated by the band and Primary Wave Music.

I chose the Katrina and the Waves songs and asked artists I like to cover them. You hopefully already heard/downloaded Sam Amidon's rendition of "Walking on Sunshine" (track #1 on the EP). Now check out Deer Tick's "Sun Street" (track #2), for free, above!

Stay tuned for more this week, and listen to NPR's All Things Considered today, 5/24, at 4:00pm EST to hear a feature the public radio station is doing on "Walking on Sunshine". UPDATE: HERE IT IS ONLINE (and to go to NPR's website now to stream the new Ratatat album).

Deer Tick's new album, The Black Dirt Sessions, will be released on June 8th by Partisan Records (the song "20 Miles" from that album is the other free download above). To support that new album, the band will head out on a summer tour that kicks off (not counting a June 18th show in Richmond) on July 17th in Providence, stops at Maxwell's in Hoboken on July 19th (tickets on sale), and ends at Webster Hall in NYC on Friday, August 13th. Tickets to the NYC show go on AmEx presale Wednesday at noon, and then general sale starts Friday at the same time.

If you catch Deer Tick this tour, request "Sun Street". A stream of the original "Sun Street" (as recorded by KATW), all Deer Tick dates, and some videos from the recent Terminal 5 show they played with Dr Dog, below...