Deerhoof are always keeping busy and this year they were given the special honor of guest-curating the upcoming Sled Island Festival in Calgary. That doesn't mean they book the whole fest (which they are also playing), but they did get to choose a bunch of bands, and those choices are Cherry Glazerr, empath, Eucademix, Guerilla Toss, Prissy Whip, Shabazz Palaces, Solid Freex, Tyondai Braxton and Wye Oak. Tickets are still available, and you can read more about why they chose those acts, at the fest's site.

Meanwhile, Deerhoof are about to land in NYC for a pair of special shows. On Monday (6/11), they headline a show co-presented by New Amsterdam Records at Le Poisson Rouge in Manhattan, part of that venue's 10th anniversary celebration (with Tigue, Subtle Degrees, itsnotyouitsme, Molly Joyce & No Lands). Before that -- this Saturday night (6/9) -- you can catch them at Elsewhere in Brooklyn where they're co-headlining the BrooklynVegan Northside Fest showcase with Protomartyr, and six other bands we booked on the bill (tickets are moving fast, though we're also letting in limited Northside badges).

Speaking of curating, we asked Deerhoof what they've been listening to in the van, and the band's longtime guitarist John Dieterich got back to us with this very interesting list...

What They’re Listening To In the Van
From John Dieterich:

Laetitia Sadier Source Ensemble: Find Me Finding You: I missed it when they came through Albuquerque, but my wife bought their record, and it often finds itself being played loudly at our house. Laetitia and the band are an inspiration, and these songs kill.

Alessandro Alessandroni: Light and Heavy Industry. Our Czech friend/driver/spiritual guide Jakub Durasko played this in the van on our last european tour, and I was immediately in love. Beautifully focused miniatures that explore somewhat monochromatic little soundworlds. Lots of painfully bright, direct 12-string electric guitar. What else could one ask for?

Max Knouse: Dinosaur from Jensen. I saw Max open for a friend a year or so ago in Santa Fe and immediately fell in love with his music. One of those rare musicians who can sing anything, and it all just feels just right. I’m helping him out with his next record, which will hopefully come out later this year.

Peter Garland: Nana and Victorio. I know very little about Peter Garland, but all I know is I’ve loved everything I’ve heard, and whenever I meet people who really love his music, we tend to get along really well. There’s a kind of intelligence in this music that I don’t know how to categorize. I just find it incredibly beautiful.

Lily & Horn Horse: Next to Me. We toured with these two last year, and it was such a pleasure seeing them every night, and this single in particular has rarely left my brain since. EXCELLENCE.

Monk Hughes and the Outer Realm: A Tribute to Brother Hughes: The fact that this music was created by one person is astonishing to me. I love everything about it. It’s too ______ (everything), and it is just enough.

Ilian: Love Me Crazy: There was that time last year when Bandcamp was donating $$ to planned parenthood, and so were a lot of labels, so I ended up spending half a day digging. I almost never go music-seeking online, but I discovered this record and immediately knew it was what a person could need. The song "Hey Denise" is beauty.

Peaches: Rub. Our friend Vice Cooler worked on this record, and I heard it in various stages of production. I was still taken aback when I heard the final product, which to me is just shocking sounding. It’s just all grit and air. Makes your hair stand on end.

Deerhoof tour dates at their site. 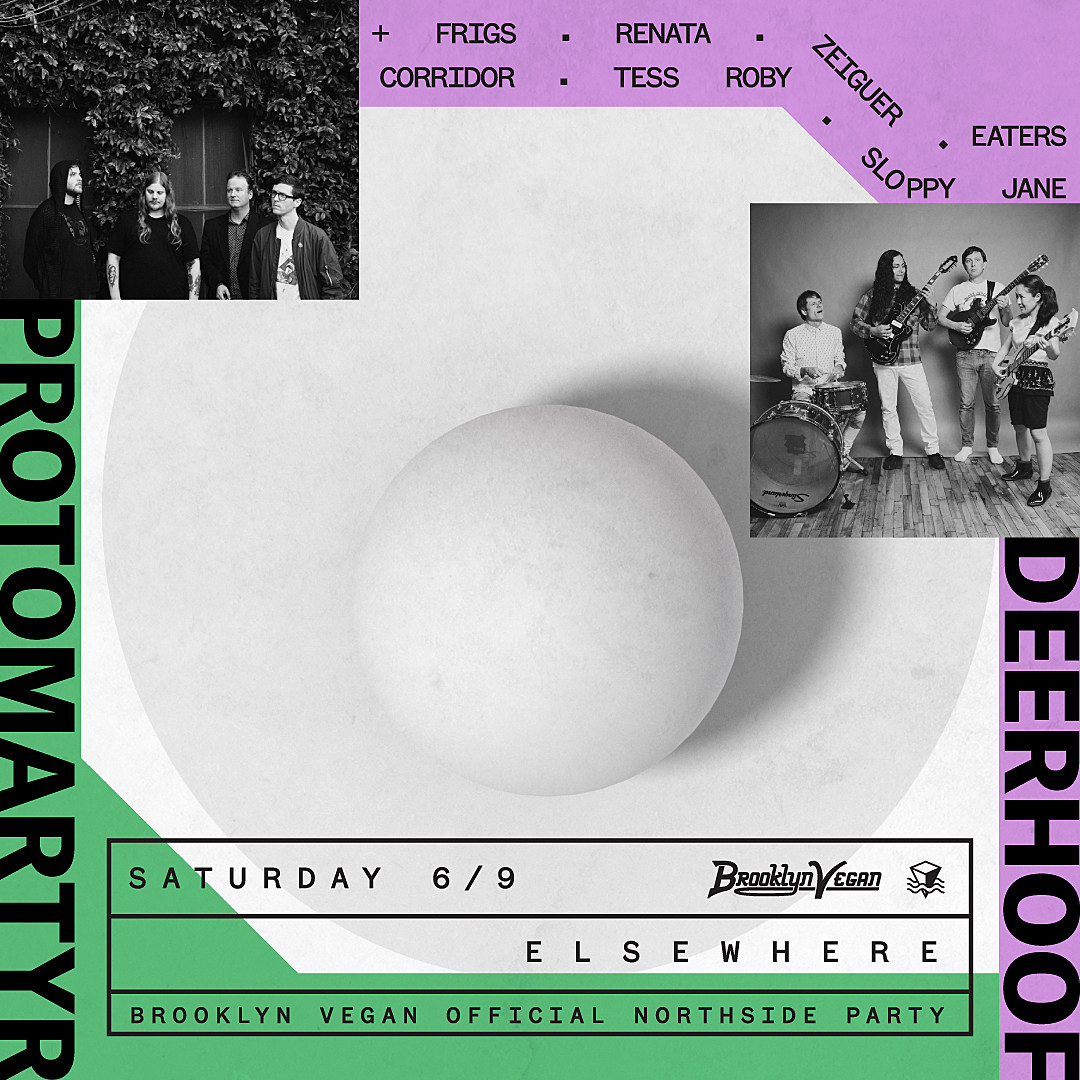