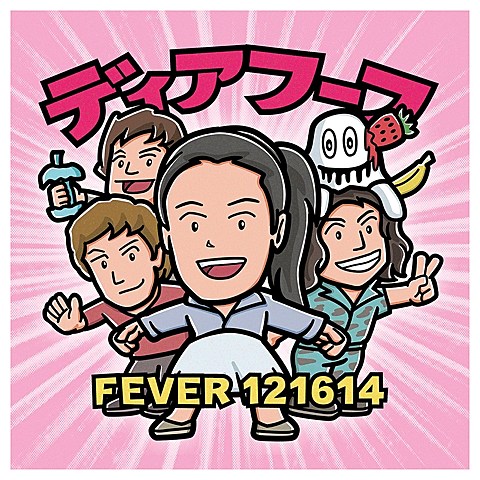 After sharing the news this summer that they were planning a live album, San Franciso-based avant garde band Deerhoof officially announced their release of Fever 121614, their first live album. They recorded it during their December 16 set at Fever in Tokyo -- lead singer Satomi's hometown. The album will be available on November 27 via Polyvinyl/Felicity.

The album artwork came from a contest where fans could submit their own art. The band selected cute, manga-style portraits of the band members, featuring Satomi in the onesie she wore for the "Paradise Girls" music video. That's the front cover above, and here are individual portraits: 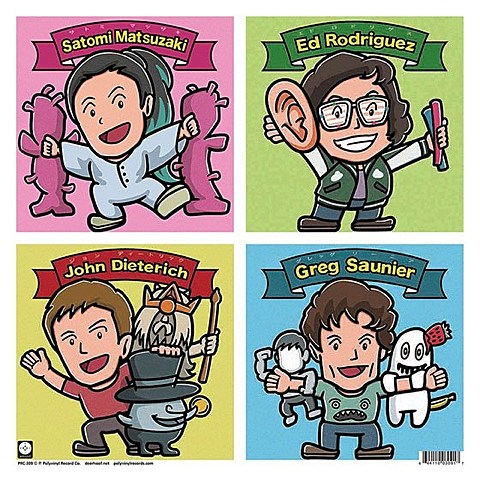 Making a live album is not the only new thing the band has been up to. Last month, the European Organization for Nuclear Research (CERN) teamed up with Deerhoof in Switzerland as part of an experiment that combines music with physics: Ex/Noise/CERN. This experiment pairs musicians with particle physics, and had Deerhoof creating improvisational music amongst the CERN equipment. The results are as far out as Deerhoof's music ever is, and it's the kind of experiment you wished you got to conduct in your high school physics class. Watch the video of the whole thing going down, below.

Besides experimenting with physics, Satomi Matsuzaki recently collaborated with Bill Wells for his upcoming album, Nursery Rhymes, which features his own takes on kids songs.

Deerhoof is currently at the final stage of their tour (they played Brooklyn's Bell House back in August). They'll be on the West Coast in November.

All remaining tour dates are listed, with the tracklist for Fever 121614, a live video for "We Do Parties" from the album, and the Ex/Noise/CERN video, below...