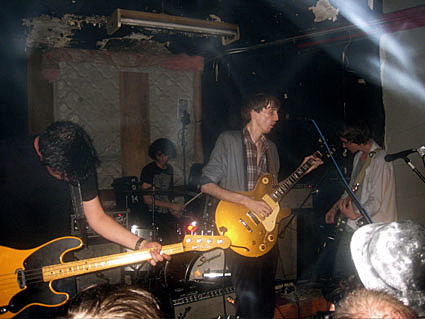 Deerhunter opened their set Friday night with a cover of Pylon's "Cool". Video below...

Listen to the original at Pylon's MySpace.

side note: Bradford's alter ego Atlas Sound didn't actually play the show. My friend Nick says nobody expected Atlas Sound to play after they revealed it was a Deerhunter show. I said I expected them both to play since that's how I thought it was originally listed. Not that it mattered. Especially by the time Deerhunter finished their (late) set.