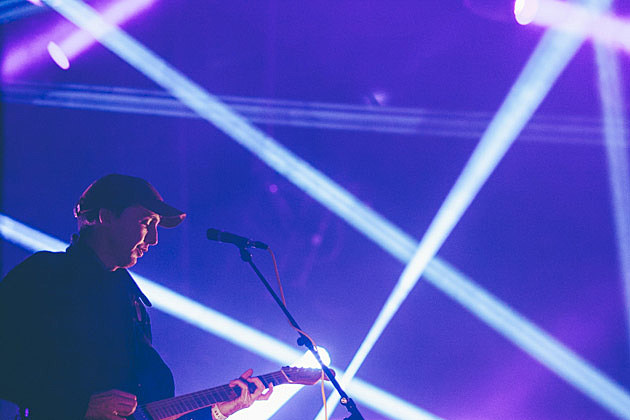 Deerhunter's excellent new album Fading Frontier is out now on 4AD and they've been supporting it on tour dates like Pitchfork Paris, and also with various live sessions. They just appeared on Marc Riley's BBC Radio show where they were interviewed and played three songs off their new album, plus a cover of the Buzzcocks' "Why Can't I Touch It." Listen to the show here. Bradford first comes on around the 17-minute mark and the Buzzcocks cover starts around the one-hour 17-minute mark. They also did some songs off the album in a video session for KCRW, which you can watch below.

Their tour, with Bradford's Atlas Sound project opening, hits NYC for shows in Manhattan on December 8 at Irving Plaza and Brooklyn on December 9 at Warsaw (both sold out). After the Manhattan show, Deerhunter drummer Moses Archuleta, aka Moon Diagrams, will DJ the afterparty at Avenue A club Elvis Guesthouse (which may no longer host live bands). Tickets are on sale now.

Moon Diagrams released an EP earlier this year. Stream a track from that, with the updated list of Deerhunter dates, below...