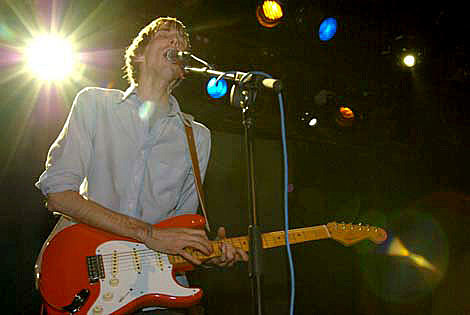 Many predicted that Deerhunter would get Pitchfork's #1 album of 2008, but in fact they gave it to Fleet Foxes. Bradford Cox should still be happy with both Deerhunter at #5 and Atlas Sound at #26 though. Speaking of Bradford Cox, he blogged this...

Just got of the phone with Brian Weitz [Geologist of Animal Collective]. This was sent out via the bands email earlier this morning:

"it has come to my attention that 2 full length tracks off of our upcoming album, merriweather post pavilion have surfaced online. david, noah, and I please ask that someone assist us and leak all of the remaining tracks on the album.

the album is intended to be heard as a whole, and nothing bothers us more than individual tracks leaking and ruining the the overall album experience

Total Bullshit. Someone actually had the nerve to hack into their e-mail account and send this out. The truth is that AC do not want their album to leak and are trying very hard to avoid the drama around said album that has risen to a fever pitch.

I am not trying to involve myself in AC's business, I am just voicing my own independent opinion.

Back in the 90's when I was first starting to make 4-track tapes I had a game where I would make a fake version of an album I was anticipating. If Pavement's Brighten the Corners were coming out soon, I had to wait till release day to hear it. I would record a set of songs that I would want the Pavement album to sound like. Some of those songs ended up becoming Atlas Sound and Deerhunter songs years later.

My advice to those who are so desperate for AC's album to leak is to pick up instruments and make your own version of what you would want it to sound like. Respect the BANDS wishes and wait till release day. Then you can compare your new songs with theirs. Who knows. Maybe your album will be the one people are wanting to leak next year. -Bradford

Previously there was whole Web Sheriff / Grizzly Bear thing. It was also announed that the album is coming out early on vinyl. It better be good!

The pictures in this post were taken at the Stereogum Gummy Awards at Music Hall of Williamsburg earlier this month. More of them below... 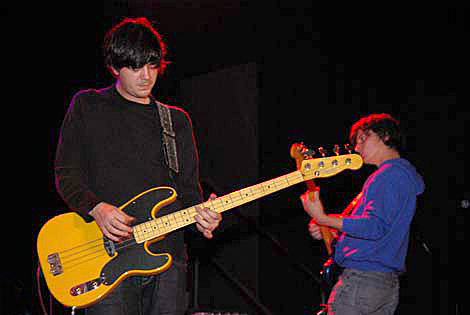 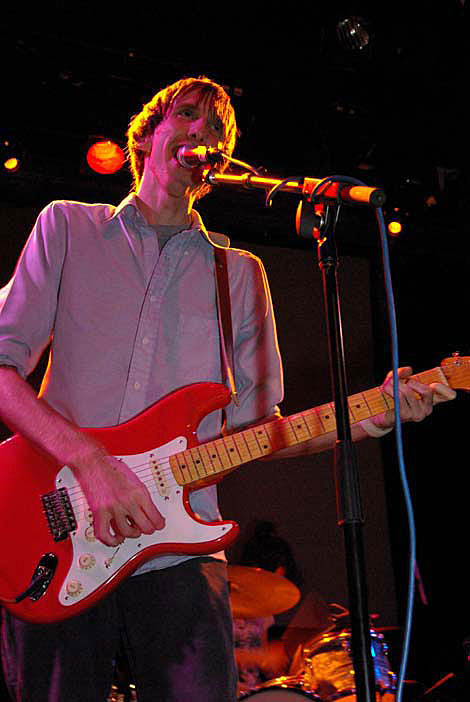 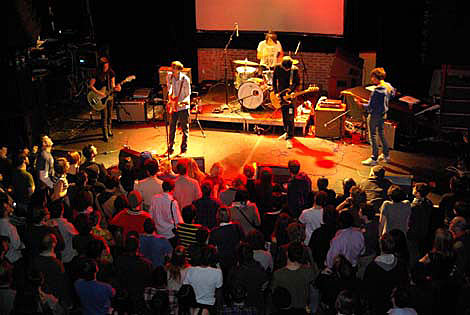 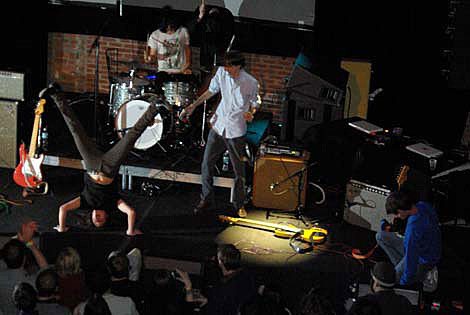 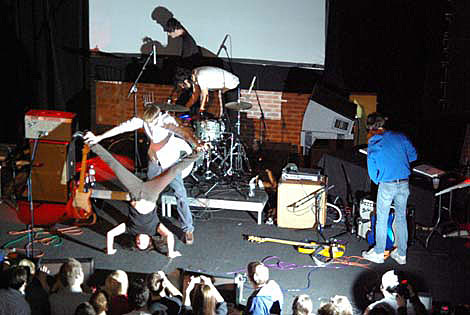 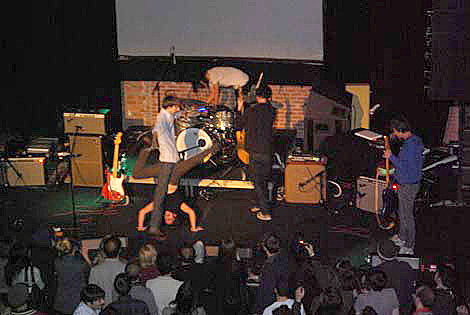 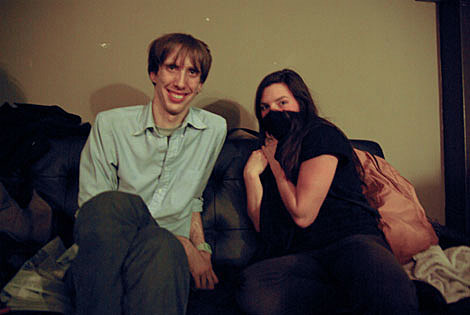 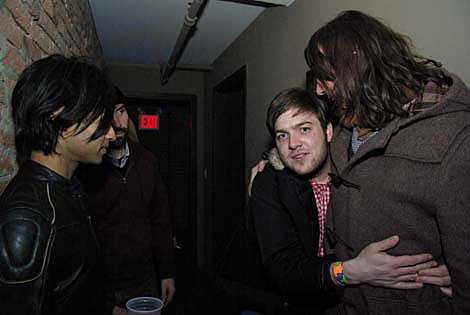 A few shots of Bell at this same show are HERE.