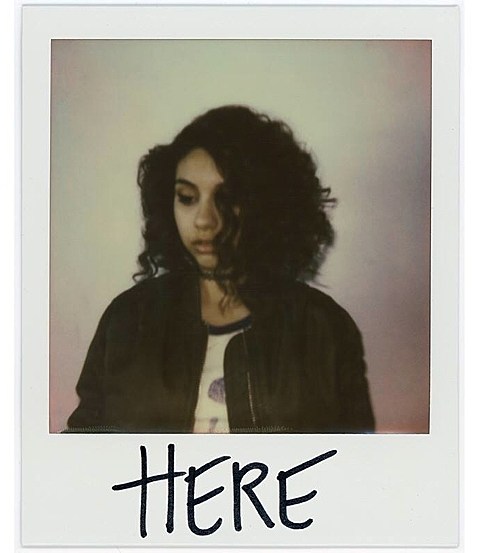 Toronto's Alessia Cara has been getting a lot of hype lately for her debut single "Here," which is based on the same Isaac Hayes sample used by Tricky's "Hell is Just Around the Corner" and Portishead's "Glorybox". It's played a lot on Beats 1 Radio, the blogs like her, and Taylor Swift does too. She's signed to Def Jam, who will release her debut Four Pink Walls EP on August 28 ("Here" included) and a full length later this year.

Going by the sounds of "Here," Alessia will probably end up in the "alt-R&B" category -- it's a good fit that her album will include production by Malay, who did a lot of work on Frank Ocean's Channel Orange, and Pop & Oak, who did two tracks on Miguel's new album and the Nicki Minaj/Jessie Ware song "The Crying Game" -- but it's thankfully not the post-James Blake/Weeknd/etc-type stuff that's been played to death. She seems more inspired by Amy Winehouse than that stuff anyway. Alessia played "Here" on Fallon last night (7/29), backed by The Roots. You can watch that, and the song's music video, below.

Alessia has tour dates coming up in August, including two in NYC. First she plays Bowery Ballroom on August 26 with FLETCHER (tickets), and a few days later she plays a free Saturday daytime concert at Arthur Ashe Stadium (8/29) for Arthur Ashe Kids Day.