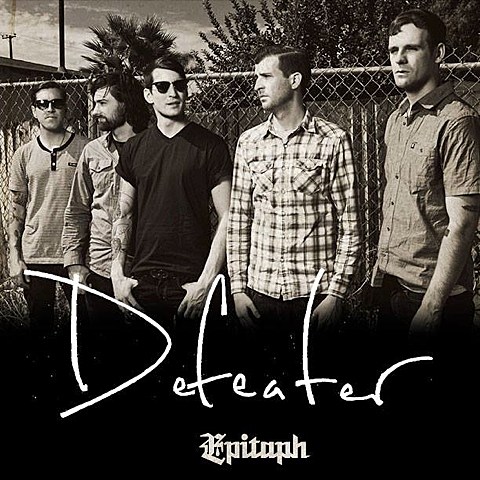 Boston hardcore rippers Defeater already have an album on Topshelf and two on Bridge 9, and they've now signed to Epitaph, whose roster just keeps getting more stacked with some of the best modern punk bands (The Menzingers, Joyce Manor, Pianos Become the Teeth, Title Fight [technically on ANTI-], The Sidekicks, etc). Their fourth album is due at some point this year.

Meanwhile, Defeater screamer Derek Archambault (now recovered from surgery) is releasing a new album with his alt-country side project Alcoa on February 24 via Bridge 9. It's called Parlour Tricks and you can listen to the first single "All Dolled Up" at AltPress.

Defeater will be in the NYC-area soon for Long Island's Spring Mixtape Fest with Title Fight, Pianos Become the Teeth, Bane, Superheaven and more (tickets). That show is part of a run of newly-announced tour dates (no others near NYC), all of which are listed, along with a stream of an older song, below...