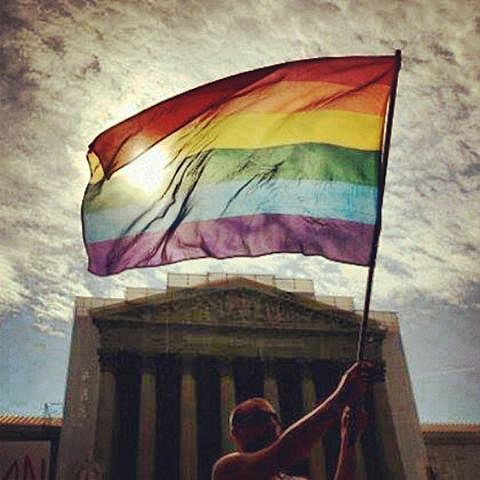 A landmark win for gay rights today, as the Supreme Court struck down DOMA, aka the Defense of Marriage Act:

Justice Anthony Kennedy, speaking for the 5-4 majority, said DOMA was unconstitutional because it violated the right to liberty and to equal protection for gay couples.

"By seeking to displace this protection and treating those persons as living in marriages less respected than others, the federal statute" violates the Constitution, he said.

The ruling means that more than 100,000 gay and lesbian couples who are legally married will be able to take advantage of tax breaks, pension rights and other benefits that are available to other married couples.

Four years ago, several gay couples who were married in Massachusetts launched a lawsuit to challenge DOMA, arguing it denied them equal protection of the laws. They won before a federal judge in Boston and before the federal appeals court there. - [LA Times]