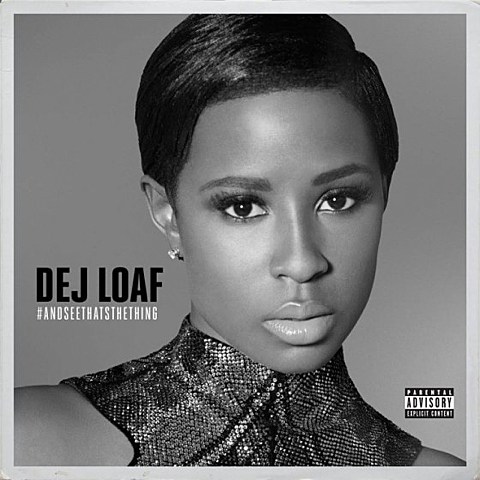 Future has been the talk of the pop-rap world since releasing his new album DS2 last week, and more recently he jumped on the new Dej Loaf single "Hey There." It has Dej more overtly in R&B mode than "Try Me," as you can hear below.

Dej Loaf is on the stacked, ongoing Nicki Minaj, Meek Mill, Rae Sremmurd, Tinashe tour which comes through the NYC-area twice this weekend. First they're at PNC Bank Arts Center tonight (7/24) and then Brooklyn's Barclays Center on Sunday (7/26). Tickets for both are still available.

Dej is on first, and after playing Barclays Center she'll head to smaller NYC venue Marlin Room at Webster Hall for a late-night Sunday show. It starts at 11 PM and DJ Ak and DJ K Rue kick things off. Tickets are available.

In semi-related news, fellow Future collaborators Migos are now streaming their official debut album, Yung Rich Nation. It comes out next week (7/31) on Quality Control/Atlantic, but you can listen to the whole thing on Pandora. They're celebrating it with a release show in NYC on Thursday (7/30) at Highline Ballroom. Tickets are on sale.

Stream the Zaytoven-produced "What A Feeling" from Yung Rich Nation, with the Dej Loaf/Future song, below...