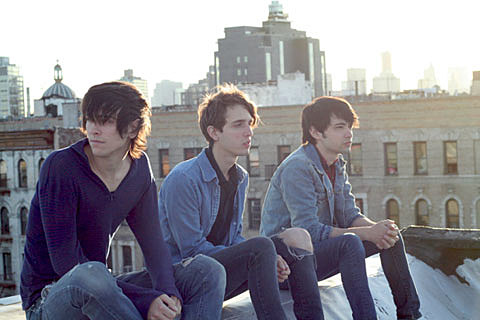 Deli Magazine is hosting a "best of NYC" fest at Brooklyn Bowl, Glasslands, the Cameo and Public Assembly Thursday May 13th-Saturday, May 15th.

The BK shows are headlined by Beach Fossils on Thursday, April Smith on Friday and The London Souls on Saturday. Tickets to the Brooklyn Bowl shows are on sale. Other tix are available at the door. The shows are split up roughly by genre, though that doesn't stop Talk Normal, Buke & Gass, Asa Ransom and Miniboone from sharing a bill on Friday night at Glasslands.

Talk Normal also plays Saturday at Knitting Factory with Parts & Labor, Soft Power and Guts For Garters (tickets). (And further in the future with Sonic Youth and Grass Widow at Prospect Park on July 31st.)

Beach Fossils have a short tour with Frog Eyes and Pearly Gate Music planned for this June. All three stop by Mercury Lounge for a show on June 19th. Tickets are on sale.

All of Beach Fossils/Frog Eyes/PGM dates and a flyer for Deli Magazine fest (which has its full schedule) is below... 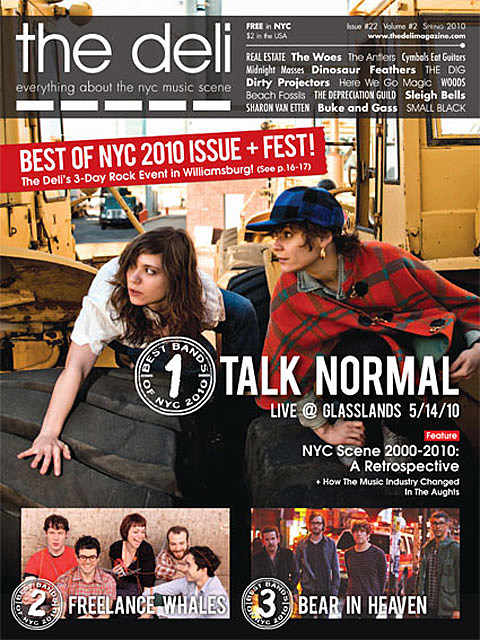 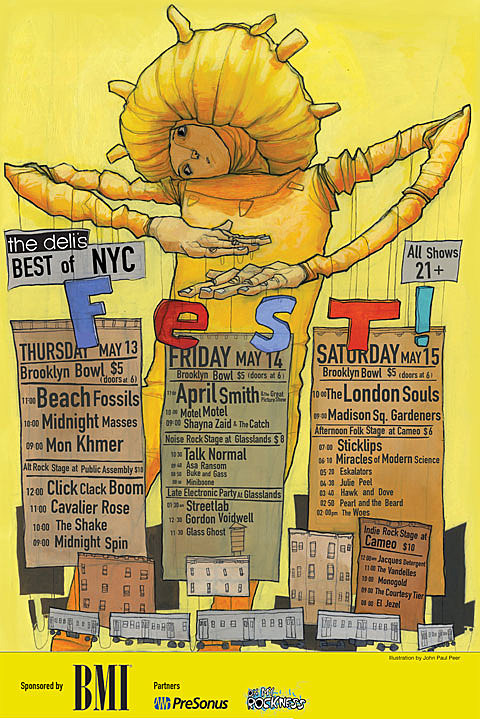