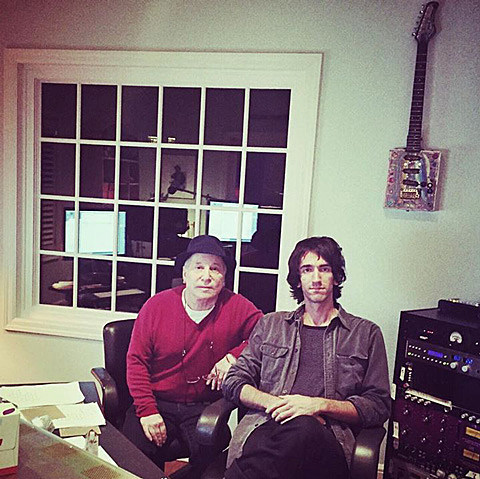 While Delicate Steve's records, like 2011's Wondervisions, are very good, they are really a band known for their live shows, thanks in no small part to main man Steve Marion's guitar skills. So it makes sense that Delicate Steve would release a document of their on-stage prowess, in the form of Live in Las Vegas, which will be out on Tuesday (3/3) via their bandcamp page. It was recorded while on tour with Tame Impala at Las Vegas' branch of Brooklyn Bowl and you can listen to the whole album below.

As for studio news, Steve Marion has been working with Paul Simon. What fruits that collaboration will bear remains to be seen. Stay tuned.

You can also catch Delicate Steve in their element when the band heads out on tour this month, including multiple appearances at Austin's SXSW festival. The band will play NYC on the way back at Brooklyn's Brooklyn Bowl on April 23 with Sebadoh offshoot No Chief and Erica Esso. Tickets are on sale now.