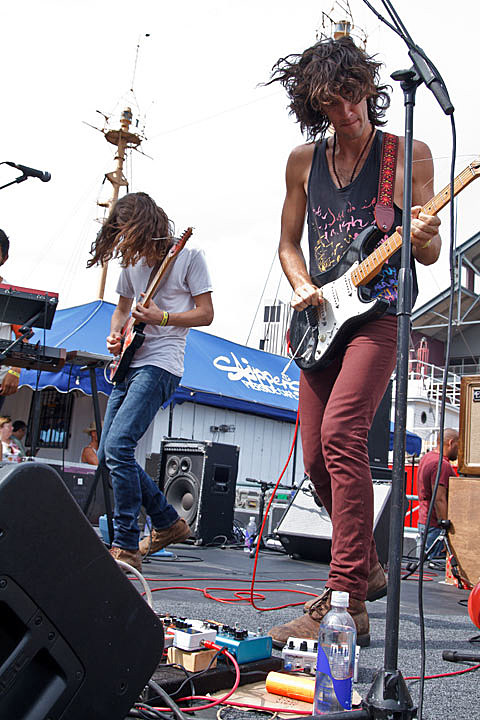 Popgun Booking is turning four years old and they're celebrating with an anniversary party at their homebase of Glasslands on Saturday (9/29) featuring performances by 8-bit partiers Anamanaguchi and instrumental wonderkind Delicate Steve and DJ sets by True Womanhood and Friendly Ghost. (They also list Mitt Romney as DJing which is probably a joke, but his schedule is open that day.) The show is FREE but you do need to RSVP.

Delicate Steve, who spent most of the summer touring his new album, will be here for CMJ too. He's playing a just-announced My Social List showcase at the Martin Room in Webster Hall on October 16 with Teen Daze, Dent May, Heavenly Beat, Mac Demarco, Bleeding Rainbow, The Young Evils and Grand Resort. Tickets are on sale now.

Anamanaguchi, meanwhile, will be touring in October and November with Fun Fun Fun Fest in Austin being the trek's midpoint. All tour dates, as well as a flyer for the Popgun Anniversary party, are below. 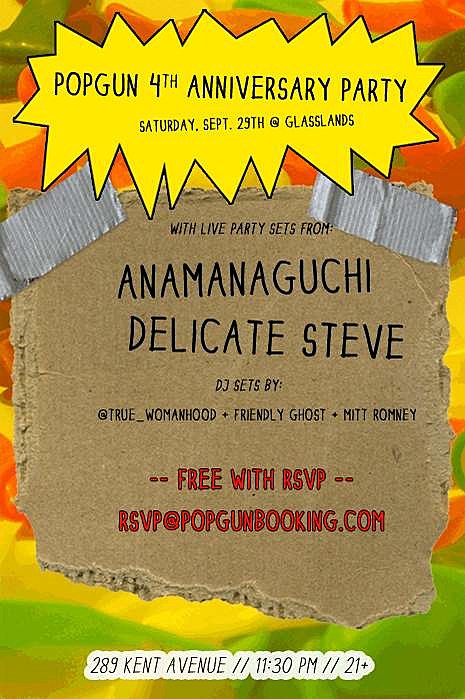