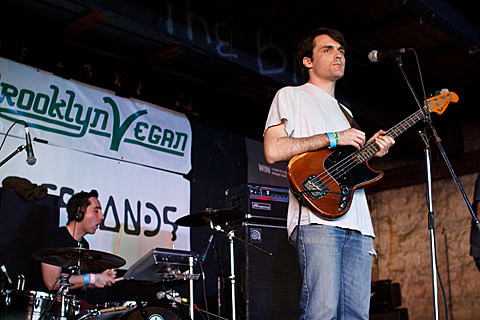 You may have read that Spanish dance troupe Delorean were recent victims of "virtual kidnapping" in Mexico City, where they were held captive for 30 hours and subjected to psychological torture. The band hare since released a statement on the whole ordeal:

On Monday morning October 7th we received a phone call at our hotel room in Mexico City from a person posing as a hotel security officer. We were informed that there was a security threat at the hotel.

What followed for the next 30 hours was an experience where the threat of death was real due to the psychological manipulation inflicted on us by our kidnappers. Thanks to the fantastic work of the National Police in Spain, Ertzantza, Interpol and the Federal Police in Mexico, we were successfully rescued yesterday morning.

While it would be convenient to blame Mexico, that would not be sound. This could have occurred anywhere in the world. Our hope is that this situation will bring attention to the abuse that we were subjected to by our kidnappers, so that other travelers do not fall victim in the future.

This has been extremely difficult for us and our families. At this time we have no further comment and we ask that you respect our privacy so that we can return to normality in our lives.

We're glad to hear that Delorean were lucky to escape such a horrible thing. Perhaps it's no surprise that the band would maybe want to take some time off to be with their friends and families, instead of mounting a North American tour which was supposed to have started October 9. While there has been no official announcement, dates up through October 14 have already been canceled and it was just announced that the NYC date -- 10/23 at Webster Hall -- has been canceled with the follow short statement:

Due to circumstances beyond our control, the Delorean concert scheduled for October 23 has been postponed. A rescheduled date is being arranged and will be announced as soon as possible. Tickets will be honored at the rescheduled show, refunds are available at the point of purchase.

Says their label, True Panther, "We'll have comments on the upcoming tour dates when the dust settles a bit."