"The Specials prove that old age doesn't mean you have to be boring. Dudes danced, ran, kicked, while playing for an entire hour." - A Thousand Grams 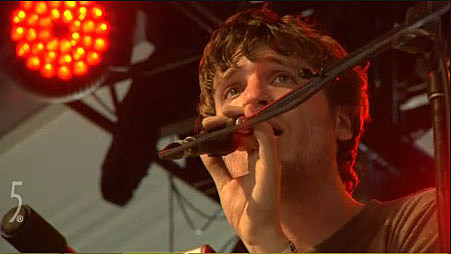 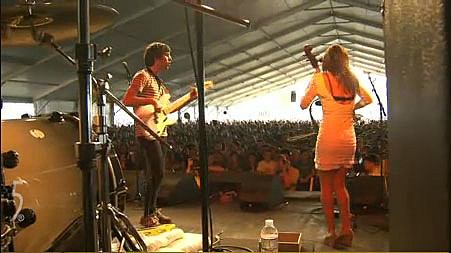 Traffic is moving smoothly outside the Coachella Valley Music and Arts Festival, as attendees make their way onto the grounds without any problems. Guests are slowly making their way through the front gate after earlier delays caused crowd members to become impatient. Staff kept running out of wristbands they hand out to indicate an attendee submitted a valid ticket to enter the event, Indio police spokesman Ben Guitron said.

"As far as I know, it's moving right along now," he said. Bumper-to-bumper traffic continues to fill the streets surrounding the Empire Polo Club, although not as much as before. Traffic on Monroe Street is backed up to Avenue 48, while traffic on Jefferson Street is moving smoothly after being backed up to Interstate 10 for several hours. Police are monitoring everyone to prevent any criminal activity. As of 7 p.m., seven people were arrested on suspicion of possessing drugs, Guitron said. Meanwhile, officers caught about six people selling T-shirts without business licenses in the area.

"We're shooing them away," Guitron said.

Police learned at least two people, including a 16-year-old girl, were turned away at the front gate because they bought fake tickets from outside the area. [The Desert Sun]

Like Bad Lieutenant, Frightened Rabbit, The Cribs, and probably Gary Numan, UK dance act Delphic will not get to play Coachella this year due to the lack of flights caused by the Icelandic volcano. Delphic's only other US show, April 22nd at Popscene in San Francisco, is cancelled too.

As I type this, the not-live Coachella stream continues with a fine performance by Ra Ra Riot (pictured above). Yeasayer and Deer Tick (who played new songs, an MG&V song, and a ZZ Top cover while crowd surfing in a sundress) have been among those streamed too. The Specials played in real life and will be streamed soon.

Delphic's video for "Halcyon" below...