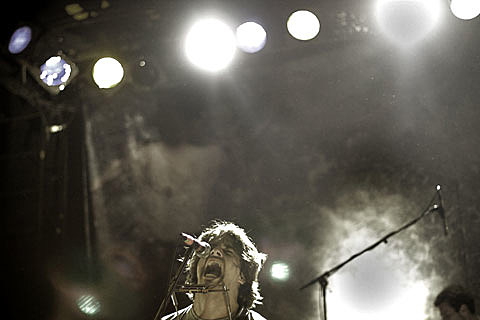 Delta Spirit will get back on the road in November, again in support of their latest album History From Below (out now via Rounder Records. Last time they were in NYC, they played sold out shows at Bowery Ballroom and Music Hall. This time they'll step it up a notch and play one big show at Webster Hall (where the band's frontman Matt Vasquez played as opener to Deer Tick in August). The new NYC show is November 23rd and tickets are on AmEx presale now (general sale begins Friday).

Speaking of Rounder Records, Delta Spirit's label-mate Robert Plant has a new record that is out now, and he played his own sold out show at Bowery Ballroom just this past weekend.

All DS dates, and a new video for "911" along with the 2 videos for "Bushwick Blues" they released this year, below...

Delta Spirit "Bushwick Blues" from Yours Truly on Vimeo.