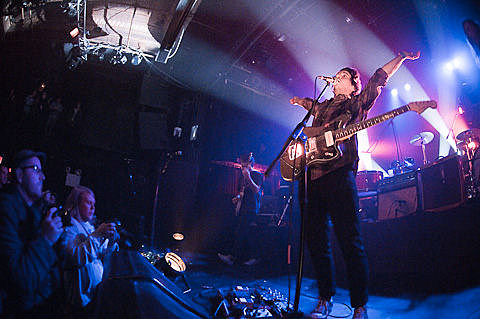 The list of announced NYC New Year's Eve shows is growing and now includes Delta Spirit at Brooklyn Bowl, the band's only announced show at the moment. Openers TBA. Tickets go on sale until 11/18.

Looking for something to do in Chicago? Death will be at Reggie's.

Philly gets Swearin and Screaming Females.

The Breeders will be in Austin.

San Francisco gets the Melvins and Mudhoney at the Great American Music Hall Melvins also tour Australia in December. All dates are listed below...