Delta Spirit at Irving Plaza in 2012 (more by Tracy Allison) 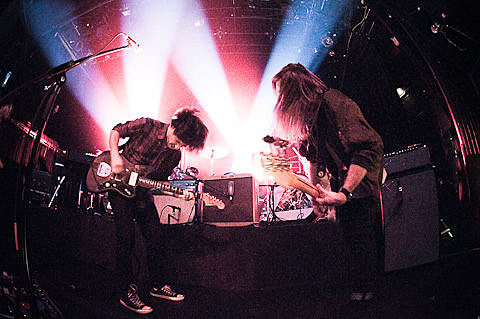 Brooklyn-by-way-of-California indie folk-rockers Delta Spirit have a new album called Into the Wide coming out in September and an extensive fall tour to go with it. The tour will include three consecutive shows in NYC, playing Mercury Lounge on September 30, Bowery Ballroom on October 1, and Music Hall of Williamsburg on October 2. Tickets for all three showswill go on sale on Friday (7/18) at noon, with an AmEx presale beginning Wednesday (7/16) at noon.

Below, check out an album teaser featuring part of a track from Into the Wide, as well as a complete list of dates for Delta Spirit.