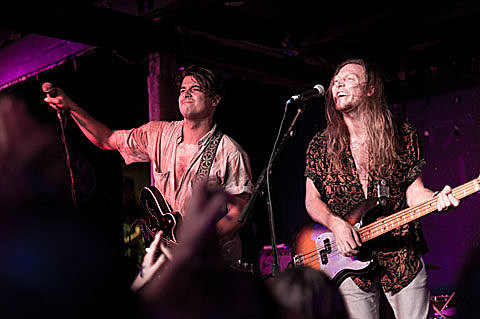 Speaking of TBD Records artists playing Webster Hall, WATERS will be at the NYC venue when they head on on tour supporting Delta Spirit, who now all live in NYC (except drummer Brandon Young).

The tour is in support of Delta Spirit's new album which is coming out this year. They'll hit Webster Hall on March 29. Tickets on sale Friday (1/13) with an AmEx presale starting Wednesday (1/11) at noon.

WATERS will also be at SXSW this year. All other tour dates below...