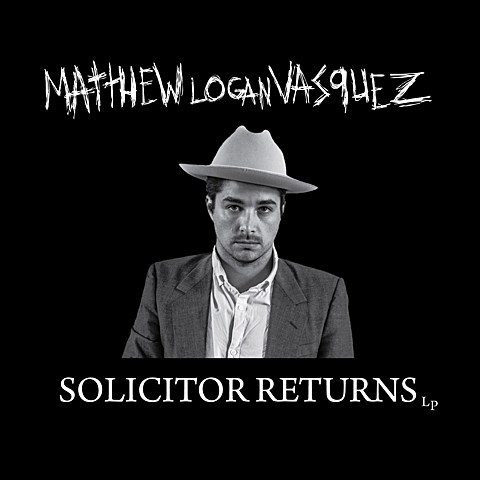 Back in October, Delta Spirit frontman Matthew Logan Vasquez kicked off his solo career with the rocking "Everything I Do Is Out" single that ended up on his The Austin EP last month. Now he's set to release his debut full length, Solicitor Returns, on February 9. That's the artwork above. No music released from the album yet, but you can check out the video for "Everything I Do Is Out" below.

MLV will play a release show for the album in Brooklyn at Baby's All Right (2/9) the day it comes out. Tickets go on sale Friday (12/4) at noon. It's his only upcoming date at the moment.

In related news, Matthew's pals in Deer Tick are playing New Year's shows at Brooklyn Bowl again this year. Before that though, 3/5 of Deer Tick (Ian O'Neil, Chris Ryan and Dennis Ryan) will play NYC with their other band Happiness (also including Ravi Shavi's Rafay Rashid). They play Union Pool on December 19 with Phosphorescent collaborator Heaven's Jail and Such Hounds. Tickets are on sale now.