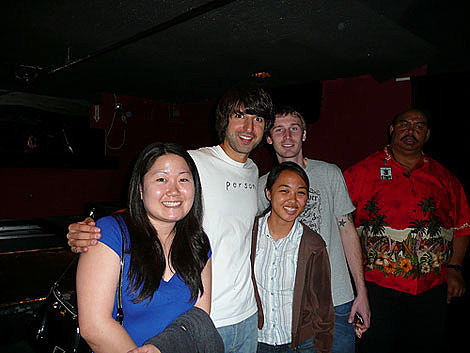 Well, they're not as big as the show I remember he played at Town Hall in like 2007, but roughly-600 person venues are much bigger than places like UCB, Rififi, Pianos and Sound Fix. Comedian Demetri Martin is headlining Bowery Ballroom on February 19th, and Music Hall of Williamsburg the next day. Tickets for both shows go on Am Ex presale Wednesday at noon.

Eugene Mirman also has two big nights of shows coming up. So does Aziz Ansari.

Demetri Martin was not a special guest at any of this year's Yo La Tengo Hanukkah shows, but Jon Benjamin was.

Demetri Martin reminds me of Mitch Hedberg (RIP) who had an album come out in 2008.

Comedy Central presents Demetri Martin, in the video below...