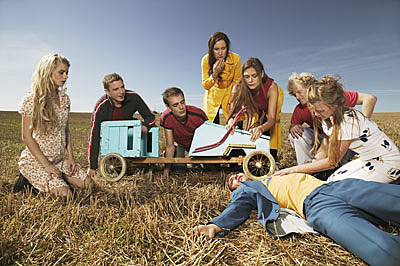 Fans of Sigur Ros, Bjork & other stuff will want to check out Danish band Under Byen, signed to Paperbag Records (Canadian home of Tokyo Police Club & Magneta Lane) at the end of July, and dubbed "band to watch" by Stereogum soon after, this Danish eight-piece is about to visit North America. "Giant Sand are such enormous fans of Under Byen, that they have reunited just to play these shows..."