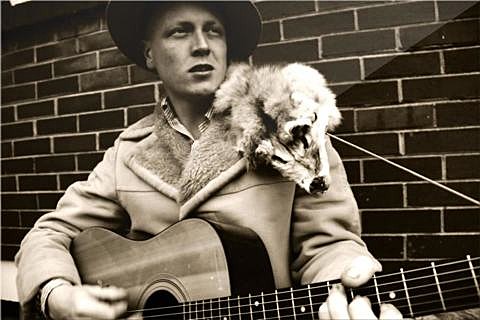 Nashville hellraisers Denney & the Jets will release their debut album, Mexican Coke, on April 8 via Burger Records. (Denney's previous releases were via JEFF the Brotherhood's Infinity Cat imprint.) The record was produced by Andrija Tokic (who was at the boards for Alabama Shakes' Boys and Girls) and is a heaping helping of southern fried, honky tonk rock n' roll. According to main man Chris Denney, themes on the record include, "Smokin', Drinkin', Cocaine, Youth, Rodeo Clowns, Fucking Around, Acquittal, The Blues, Family, Being Broke, Pain Pills, Hangovers, Hookers, Strength, Getting High, Addiction, Living, Dying..." Which of those come into play on LP cut "Bye Bye Queenie"? Have a listen and decide for yourself, the track makes its premiere in this post.

Denney & the Jets will be on tour this spring, hitting NYC on April 19 at Glasslands with their Burger buddies White Fang and Hector's Pets. Tickets for that show are on sale now.