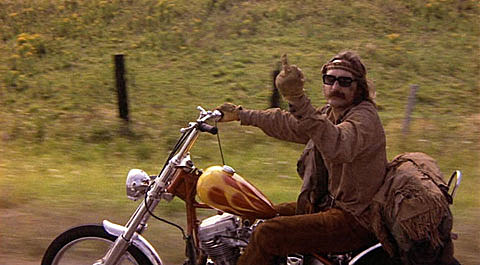 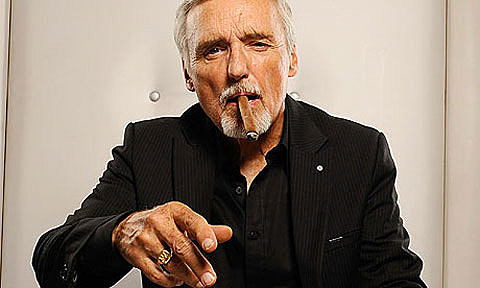 Hollywood actor Dennis Hopper has died at the age of 74 following a battle with prostate cancer. Known for such cult classics as Easy Rider, Apocalypse Now and Blue Velvet, Hopper embodied the image of the Hollywood icon. Hopper died on Saturday morning surrounded by friends and family at his home in Venice, California. He was last seen in public in March when he was honoured with a star on Hollywood's Walk of Fame. Hopper directed the 1969 counter-culture road movie Easy Rider, which he co-wrote with and starred alongside Peter Fonda. The pair were nominated for a best screenplay Academy Award. Following a promising start to his career, Hopper developed a reputation as a hell-raiser with a penchant for drink and drugs. [BBC]