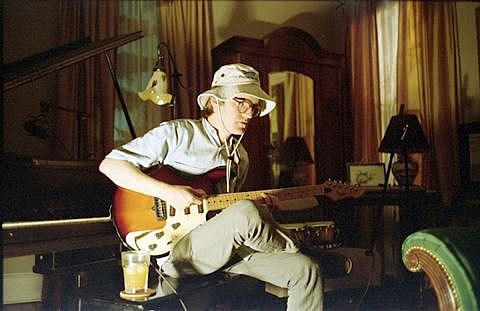 As mentioned, Dent May's new album, Warm Blanket, which will be out via Paw Tracks on August 27. If you liked the Orange Juice-y, soft rock funk of last year's Do Things, you'll dig the new album too. The album's first single is "Born Too Late," which takes a '90s house piano riff and slows it down by a third, with a typical May melody. You can stream it below.

Since we last posted, Dent's expanded his tour with fellow Mississippians Dead Gaze, and it now includes a NYC show happening at 285 Kent on October 3. Updated dates are listed below.