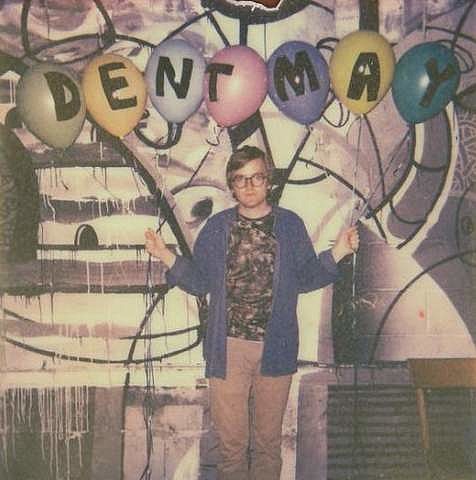 Mississippi's Dent May is heading out on a short East Coast tour this fall that will have him in NYC for the CMJ festival. We'd already mentioned he'd be playing October 19 at Public Assembly with Twerps, Mac Demarco and more as part of the Panache showcase, and other CMJ shows include Cameo on 10/18 for the Carpark/Paw Tracks showcase, and Glasslands (also 10/18) for the Force Field PR showcase. As it's CMJ, more shows may pop up as we get closer to the fest but you can check out a list of all know dates below.

Dent was here last in July and played a terrific set at Glasslands then. Having seen him a few times previously in ukulele mode, this was my first catching him with his full band that finds him getting his Orange Juice on. They're a lot of fun, as is Dent's new album, Do Things. You can stream the whole thing via Spotify and check out a couple videos below.