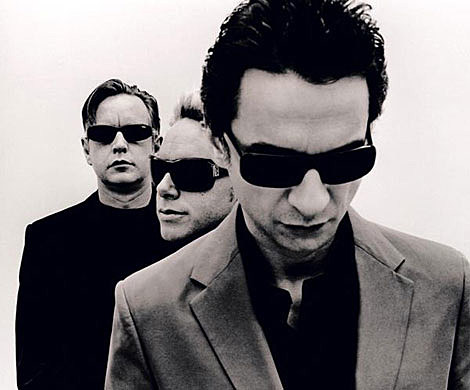 Depeche Mode have been forced to cancel two shows on their 'Sounds of the Universe' tour, yesterday's show in Athens (May 12) and tomorrow's show in Istanbul (May 14), due to the illness of singer Dave Gahan.

Dave fell ill with a severe bout of gastroenteritis shortly before he was due onstage in Athens which resulted in his immediate hospitalization. At this stage, Dave's primary concern is to return to full health and resume the tour as soon as possible.

Fans in Athens and Istanbul have been advised to hold onto their tickets as an announcement will be made shortly with regard to rescheduled dates or cancellation.

Depeche Mode have been forced to cancel an additional four shows on their Sounds of the Universe tour due to further complications from singer Dave Gahan's severe bout of gastroenteritis. Dave is currently
undergoing further tests.

Depeche Mode apologizes to all their fans for this inconvenience and wish Dave a speedy recovery. Further information will be released in due course.

The following shows have been cancelled:

Ticket holders for the above shows are advised to hold on to their tickets as an announcement will be made shortly in regard to rescheduled dates or final cancellation.

Get well soon Dave. Depeche Mode are scheduled to play two shows in NYC in August. All dates below....