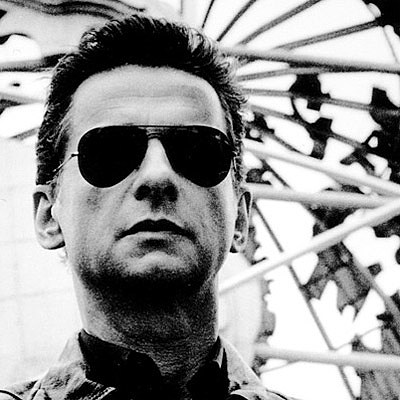 "Depeche Mode are pleased to announce they will restart their interrupted Tour Of The Universe in Leipzig, Germany on June 8th. On May 12th, lead singer Dave Gahan suffered a severe bout of gastroenteritis, leading to his hospitalization and the cancellation of the Athens concert. While in hospital, further medical tests revealed a low-grade malignant tumour in Dave's bladder, which has since been successfully removed. At doctors' orders Dave Gahan must take a break until June 8th, to ensure that he makes a full recovery. The Leipzig show on June 8th will be the first concert following Dave's recovery.

Dave Gahan sincerely thanks his fans for their support, understanding and patience. Depeche Mode deeply regret any problems or inconveniences the cancellations and postponements may have caused."

I'm glad he's doing okay, and I can't believe he can even start playing shows again so soon after something like that. All affected dates below...

May 30th
London O2 is postponed and will be rescheduled to a new date, which will be announced shortly. Tickets purchased will remain valid.

May 31st
Depeche Mode's performance at the Pinkpop Festival in Landgraaf is cancelled.

July 2nd
Bergen, Koengen has been rescheduled to Thursday, January 28th, 2010 at the Vestlandhallen.

SHOWS TAKING PLACE AS ORIGINALLY PLANNED
The following European shows are not affected and will take place as originally planned.

Furthermore, all dates following Seville on the Tour of the Universe will proceed as originally planned.

CANCELLED SHOWS STILL TO BE DETERMINED
Ticket holders for the previously cancelled shows listed below are encouraged to hold on to their tickets pending a further statement. Every effort continues to be made to reschedule these shows and more time is needed to resolve venue availability and routing. A final decision is expected early next week, at which time a statement will be made with regards to either a rescheduled date or final cancellation.